If you’ve been following Technabob for a while, you might recall Evan Bacon, the teenager who’s built a number of epic LEGO models of superheroes. The 15-year-old has recently expanded his collection of life-size characters, adding Captain James Tiberius Kirk to the mix. 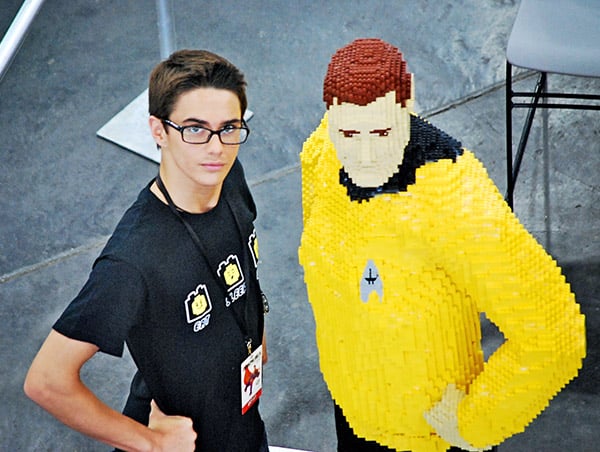 Evan modeled LEGO Kirk after William Shatner’s original character, using over 18,000 individual bricks (glued together to make sure it doesn’t come apart.) While it measures nearly six-feet tall, it weighs just 90 pounds, which dare I say is much less than Shatner ever did as an adult, even when he was in good enough shape to fight the Gorn. 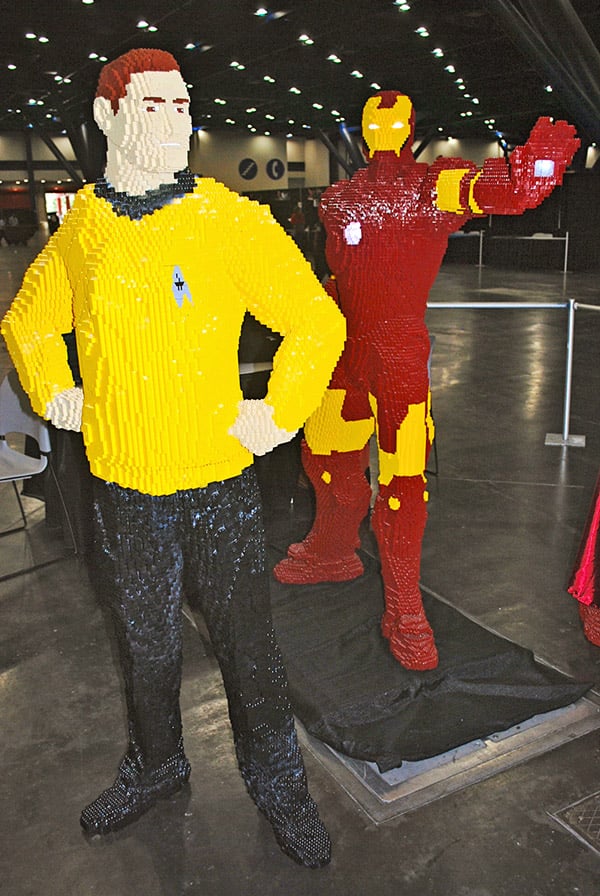 Evan showed off Kirk at this year’s Comicpalooza in Houston, TX. So what’s next for young Evan? He’s currently working on a life-size Wonder Woman, which he plans on bringing to the RTX Convention this July in Austin. If you happen to be in the area, you should check it out.

You’ve got to wonder what Evan’s room looks like at home. Is it filled with these creations? Do they sit at the dinner table? Is he building his own LEGO army?