This Doctor Who series Blu-Ray set not only comes with all of the episodes from series 1 through 7, it also comes with a remote control that looks like the sonic screwdriver. Shut up and take my money. 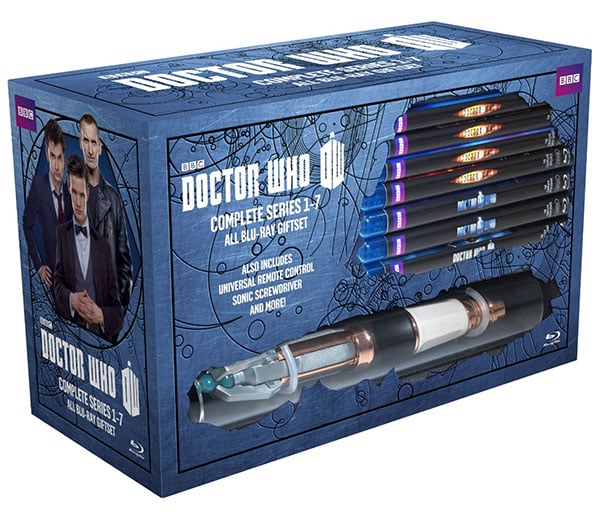 This is the first time that BBC Home Entertainment has created a Blu-ray box set that includes all seven new Doctor Who series, by the way. You get Christopher Eccleston, David Tennant and Matt Smith. But the best part is the Sonic Screwdriver!

The gift set can be pre-ordered on Amazon and will ship on November 5, 2013, just in time for the holidays. The price for the set is $314.95(USD) Set aside a few days to marathon the whole thing.