Last year when I saw YEI Technology’s Unreal Engine demo of their 3-Space Sensors, I mentioned how it might be able to integrate with the Oculus Rift for a more immersive virtual reality experience. Turns out the company had the same plan all along. YEI recently launched a Kickstarter fundraiser for PrioVR, an improved and affordable version of the 3-Space Sensors. 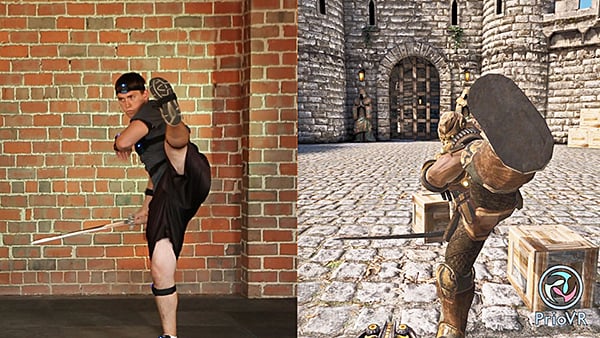 The PrioVR sensors are significantly smaller than the 3-Space Sensors and will also include an input unit. The latter is for plugging in additional external input, i.e. physical controllers such as a joystick or a gamepad. Data from sensors and input units will be sent to a “centralized wearable wireless hub architecture”, which in turn will beam the data to a base station that has a USB output. 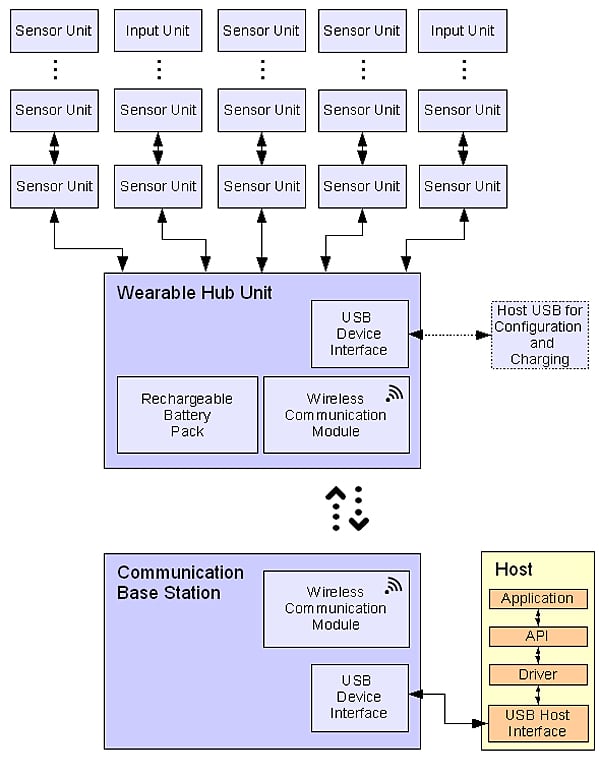 PrioVR currently comes in two developer kits: PrioVR Lite includes 11 sensors, 1 input unit, the wireless hub, the base station plus the straps needed to wear all of the electronics. The PrioVR Pro kit adds 6 more sensors and 1 more input unit to the Lite kit. As expected, the kits will come with SDK and API so developers can adapt or build games around PrioVR. YEI Technology also said that “major game engines will be supported” and that they will also release “demo projects and open source code examples.”

Pledge at least $450 (USD) on Kickstarter to get a PrioVR dev kit as a reward. I wonder what gaming companies and console makers think of all these virtual reality hardware. The Omni VR treadmill in particular seems to be in direct competition with the PrioVR. I also find it hilarious that Nintendo, Sony and Microsoft seem to have given up on motion-controlled gaming when in fact they popularized it with their respective efforts, especially with the Wii and the Kinect. I guess they weren’t able to connect the dots to virtual reality. Perhaps no one really did until the Oculus Rift hit the scene. 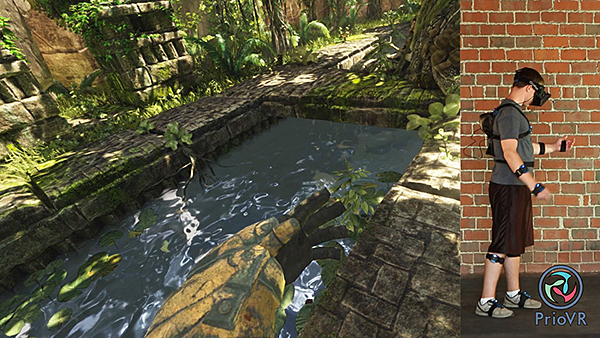 However, while the PrioVR and other VR hardware have immense potential, I think it’s safe to say that we’re still years away from seeing consumer versions of any of them. I think the manufacturers need to sort out who their partners will be and eventually release a complete package for consumers and game developers alike. They can’t expect us to buy various VR hardware separately without knowing which games they’ll work with. Remember, as of now these sensors and headsets are separate from PCs and consoles – you know, the machines that actually run games. If folks are already balking at the Xbox One’s price, imagine how they’ll react when they find out you have to shell out hundreds of dollars for a console or a gaming PC, $300 for the Oculus Rift and then $450 more for the sensors. Holy crap. A subscription-based cloud gaming setup – with free-to-play games – almost makes sense from my wallet’s perspective.