Do you like to crank your music up to 11? Are you the type of person who doesn’t care about their neighbors? Or do you live in a single-family home on a large lot? Either way, Sony’s latest stereo system should fit the bill. 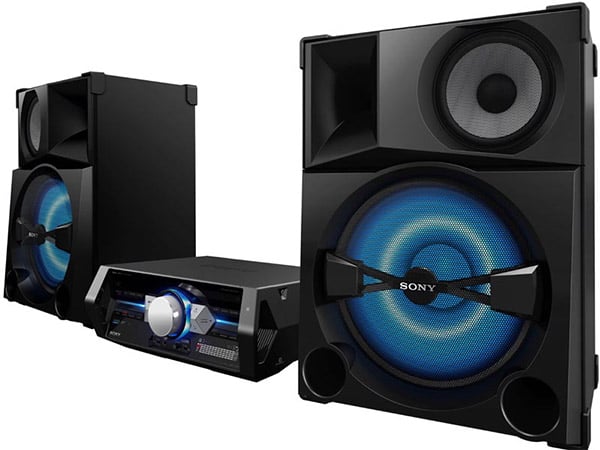 The new Sony SHAKE-5 stereo system may be a “mini” system, but it’s backed by an ear-shattering 2,400 watts of power.  This thing is guaranteed to turn your house into a nightclub – and quite possibly bring the police to your front door. Each speaker is a 3-way setup, with a 13.8″ woofer, 7.9″ mid-range and a 1″ horn tweeter. Power is divided across four 600 watt amps. 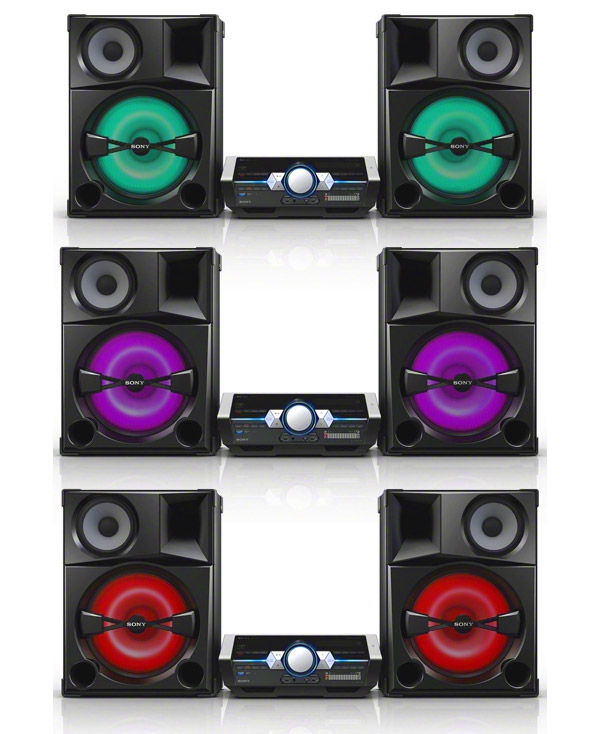 In addition to its massive sound output, the SHAKE-5 offers a multi-colored LED lightshow built into the middle of its large subwoofers to help you complete the disco effect. It also offers several “DJ” effects, including a mode called “BASS BAZUCA” which is supposed to crank the low-end even louder. In addition to AM, FM, CD and USB sources, it also offers built-in Bluetooth connectivity for wireless music playback, and NFC sensing for devices that support it. It’s also got a microphone input should you want to play DJ.