Another year, another iPhone announcement. As expected, Apple today revealed their latest and greatest iPhone models – the iPhone 5S and the iPhone 5C . The 5S builds on the already solid iPhone 5, upgrading its speed, and throwing in a few new capabilities, while the 5C offers a low-cost alternative for markets where Apple isn’t yet a market leader. 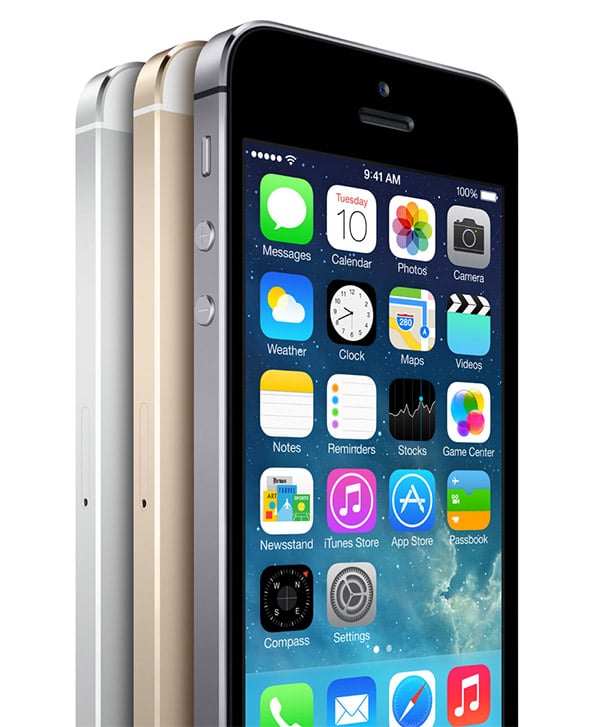 “If you do something and it turns out pretty good, then you should do something else wonderful, not dwell on it too long. Just figure out what’s next.” That’s the Steve Jobs quote that greeted visitors to today’s announcement event – setting high expectations for Apple’s hotly-anticipated next-gen mobile devices. So let’s see if today’s announcements live up to your expectations. 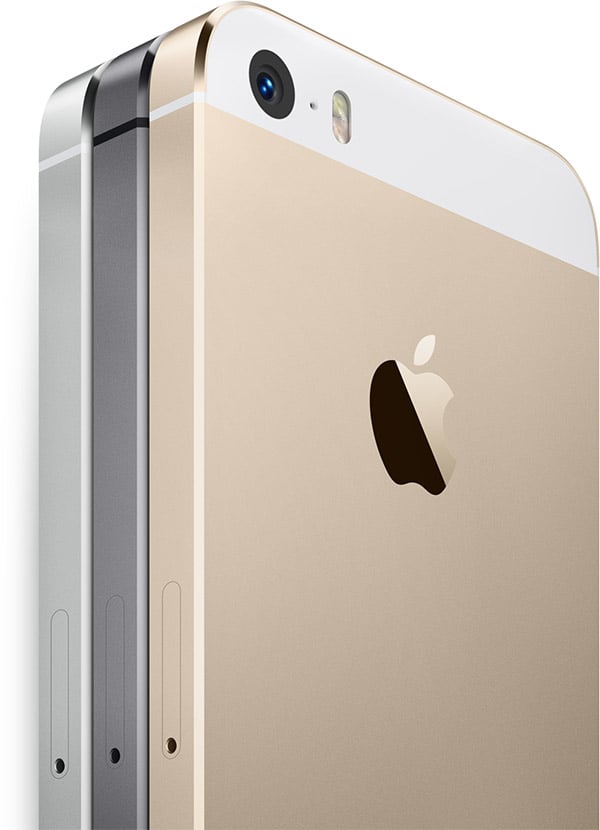 The iPhone 5S offers a 4-inch retina display, set into a slate, silver or “champagne” gold metal case, made from high-grade aluminum.

It’s powered by Apple’s latest CPU, the A7, a true 64-bit chip which is supposed to run dramatically faster than the A6 found in the current iPhone 5. Yes, the iPhone 5S is the first smartphone with a 64-bit CPU. 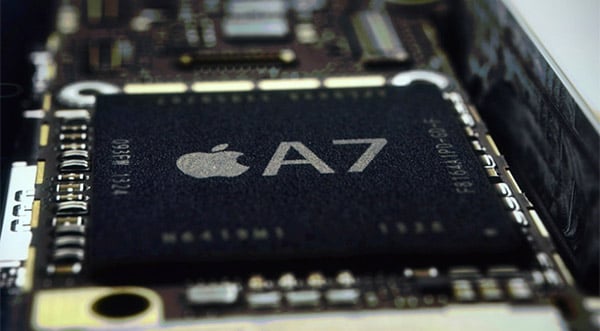 The iPhone 5S is also Apple’s first device to include their new M7 “Motion Processor” chip, which combines accelerator, gyroscope and compass in a single package. It works with a new CoreMotionAPI which can tell apps if you’re moving, walking, driving, running, etc, and use this data to drive applications – even going so far as to shut down features which are unnecessary during certain activities – like searching for Wi-Fi hotspots while driving. 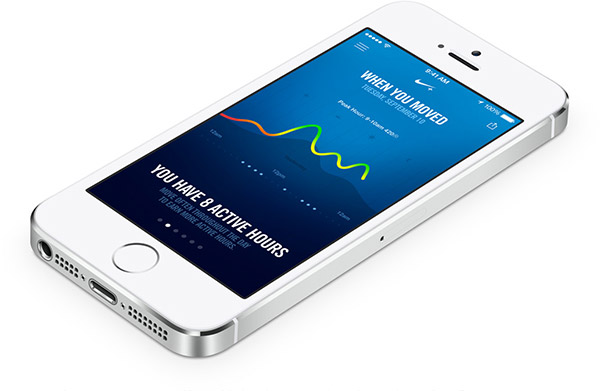 iPhone 5S buyers will also be treated to an improved camera. It offers a new five-element lens with an F2.2 aperture, and its sensor is 15% larger than the one in the iPhone 5, allowing for larger pixels and improved image quality and low-light sensitivity. However, the camera’s resolution remains at 8 megapixels. One big change is the camera’s new flash, which now has two LEDs – one cool white, the other warm amber. This allows for over 1000 unique color variations to help the flash color match the colors of surroundings and improve skin tones in flash photos. 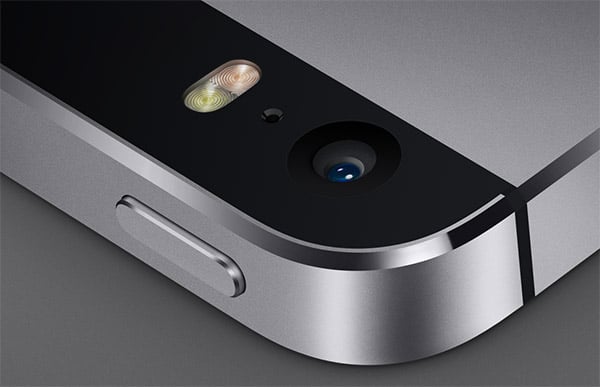 The camera can also capture multiple images simultaneously, picking the sharpest image automatically. When shooting in burst mode, the camera app automatically shows you what it thinks is the best shot. It can also capture 120fps slow-motion video at 720p resolution. While we’ll have to wait to see actual images from the iPhone 5S before passing judgment, the sample images shown at today’s press conference were impressive: 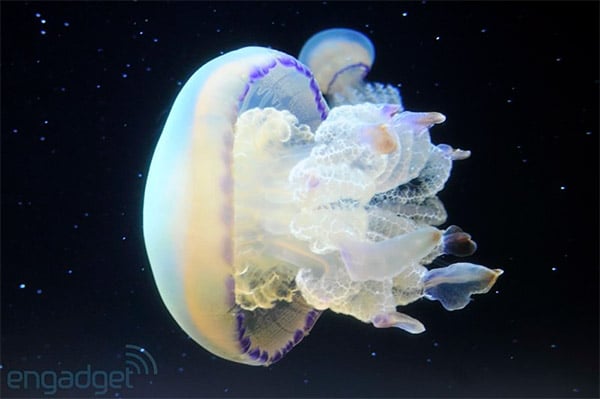 One new feature that’s been anticipated for a while is the ability to unlock your iPhone using your own fingerprint. Apple is calling this feature “Touch ID.” A 170 micron-thin fingerprint sensor has been built into the iPhone 5s’ home button, allowing easy authentication without having to remember an unlock passcode. You’ll also notice that the revised home button has a new look, foregoing the square icon in the middle, and adding a color-coordinated metal ring which makes the front of the phone look much more refined. As an added bonus, the sensor/home button now has a sapphire crystal to protect it from scratches.

You’ll also be able to use your fingerprint to authenticate within apps, so you’ll never have to type your password again when buying from iTunes or the App Store. 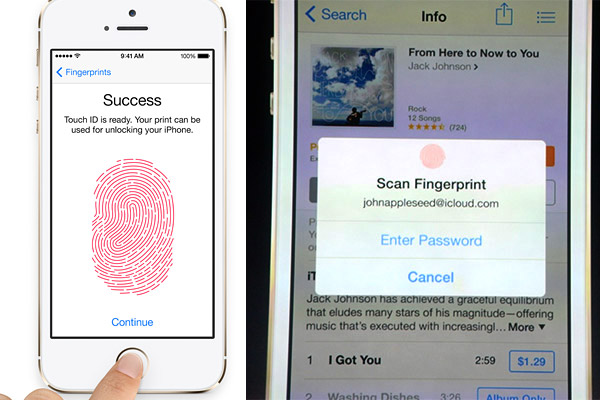 In addition to the iPhone 5S, Apple also announced the iPhone 5C, an inexpensive version of the iPhone – clearly targeting Asia Pacific markets. Hence the fact that Tim Cook specifically welcomed members of today’s press audience from Beijing and Tokyo locations. But that doesn’t mean Apple won’t sell a crapton of them here in the States this holiday seasons – especially to kids and those who don’t need top of the line performance. 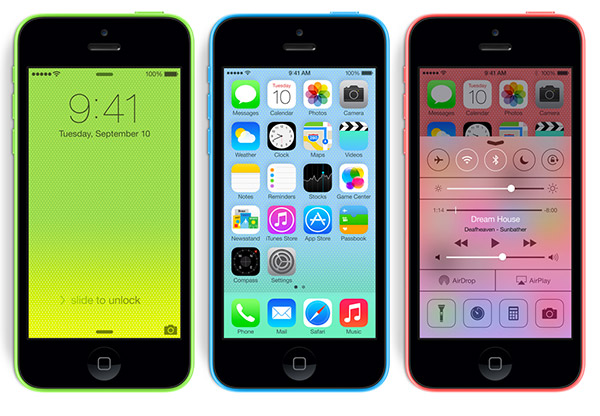 The iPhone 5C is built using a plastic shell, and comes in a variety of colors. Under the hood, it uses the A6 CPU and video camera found in today’s iPhone 5, and still has a Retina display. Basically, the iPhone 5C is a colorful iPhone 5, though the 5C has also got an improved FaceTime HD camera with larger pixels and backside illumination. 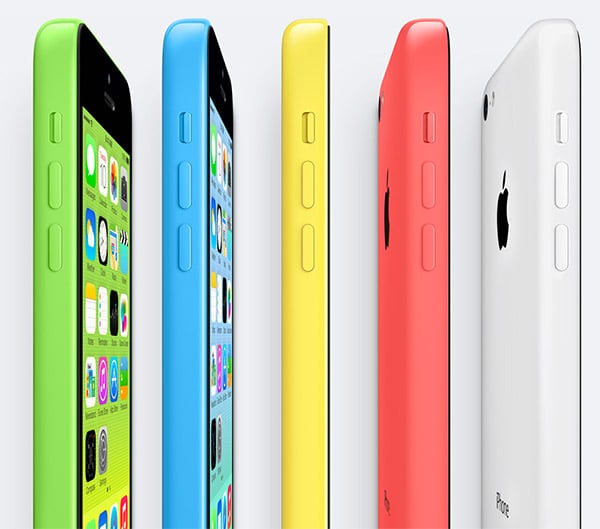 The iPhone 5C will come in bright colors including lime green, blue, yellow, pink, as well as white. Contrary to previous assumptions, the build quality for the iPhone 5C looks very impressive, with its entire shell being made in a single piece of hard-coated polycarbonate, with a steel-reinforced structure underneath – which doubles as an antenna. 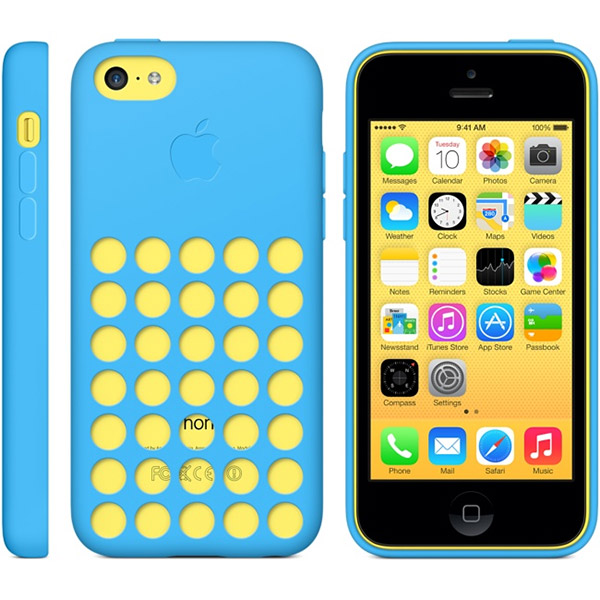 iPhone 5C users will also be able to pick up a colorful companion case for $20 which will allow them to mix and match colors. 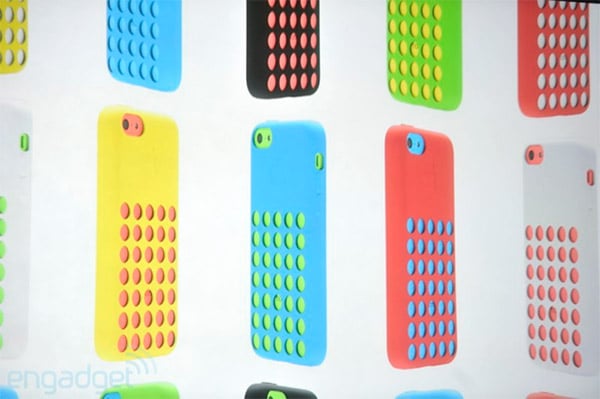 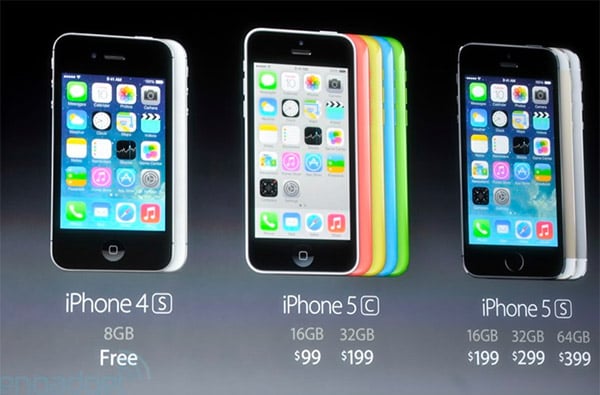 Unlike past generations, the iPhone 5 is being discontinued, instead of being offered at a discount, while Apple will continue to offer the old iPhone 4S (8GB) for free with a two-year contract.