After five amazing seasons, Vince Gilligan’s Breaking Bad is finally coming to an end. Other than the occasional conversation between Badger and Skinny Pete show doesn’t have a lot to do with videogames, but excellence radiates beyond boundaries. 72Pins worked with pixel artist Drew Wise to make an homage to the TV show in the only way it knows how: with art on a random NES cartridge. 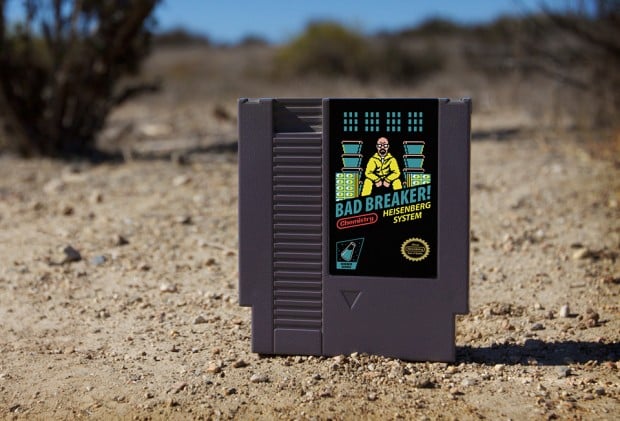 As with other 72Pins carts, Bad Breaker is a playable NES cartridge. Sadly, whatever game you get, you can be sure that it’s not got nothing to with Breaking Bad. The least they could do is install this. 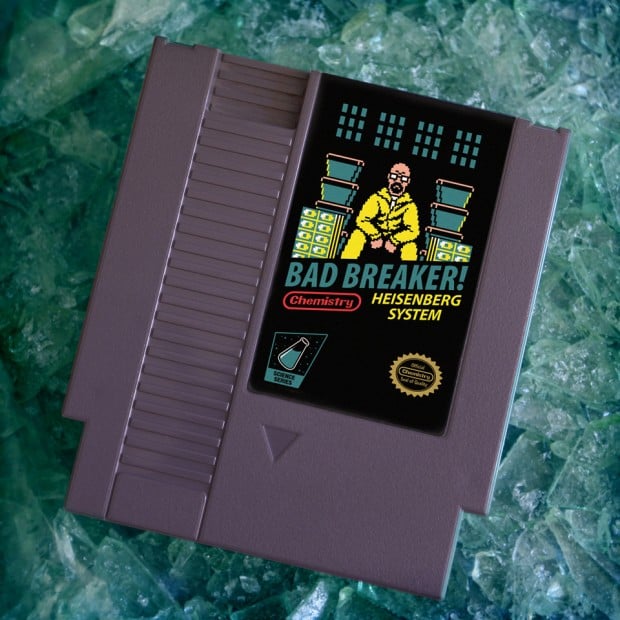