Power Your Entire House with Potatoes!

If you’ve ever been in a grade school science class, you probably know that the electrolytes in potatoes generate a small amount of electricity when connected to zinc and copper electrodes. So is it possible that with enough potatoes wired together, you could provide enough energy to power your entire house? 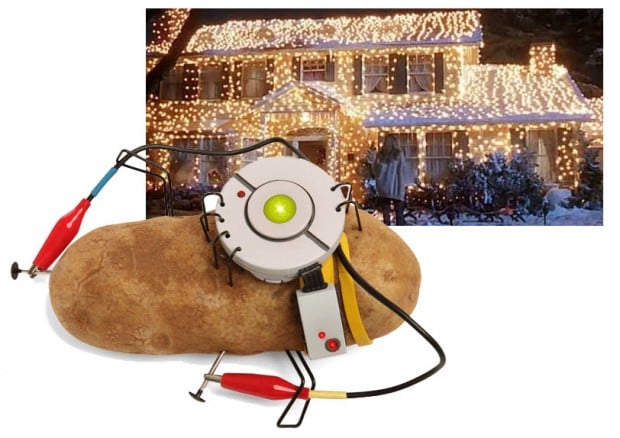 Well, the guys over at Movoto don’t know the scientific answer, but at least they’ve done the math for us and put together this handy calculator which figures out how many spuds it would take to power your house, based on the average current produced by a single (boiled) potato, the square footage of your home, and how long you’d need the power:

I live in a pretty big house, so I’ll need about 10,000 potatoes, at a cost of over $3000 to power my house for one day. Guess that’s not particularly cost-effective, since my current electric bill works out to be about 5 bucks a day. In fact, powering most homes with potatoes for a year would cost more money than double the value of the home itself.

On the plus side, you’d never run out of mashed potatoes.