While the images below might look like some sort of horrible, but unlikely disaster, what you’re looking at is the result of an art project on the streets of Milan, Italy. 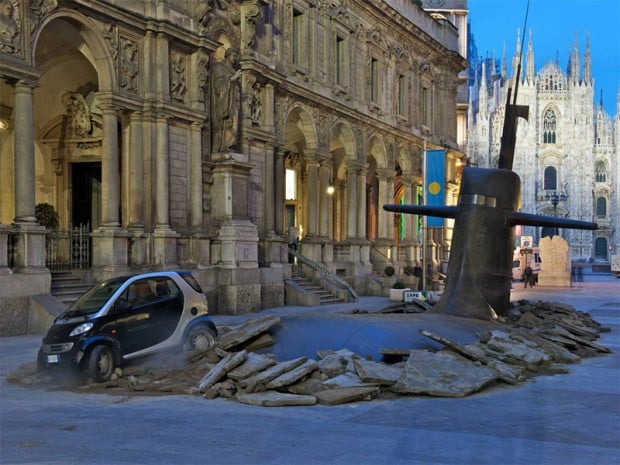 As part of an ad campaign for European insurance companies Europ Assistance IT and Genertel, ad agency M&C Saatchi Milano installed a full-size submarine in the ground in the center of Milan. Think of it like one of those Allstate Mayhem commercials on steroids. 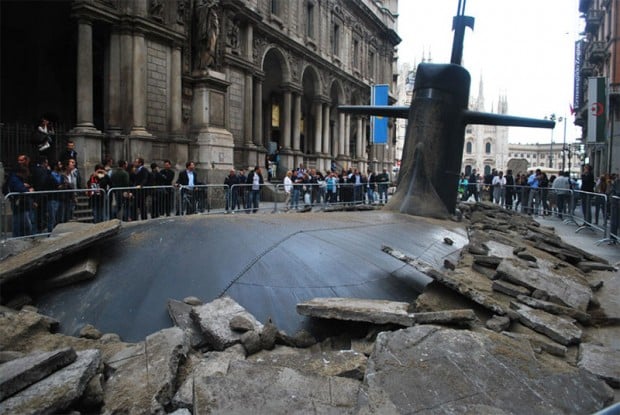 There was even a live performance to go along with it to help convince bystanders that a submarine had actually crashed through the street, complete with emergency personnel, and a submarine crew:

You can check out more images of the chaos over on designboom. 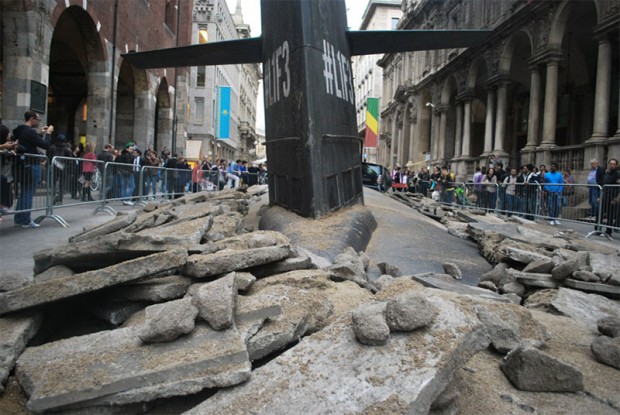 Why does it seem like awesome ad campaigns like these always happen too far away from me to go see them in person? 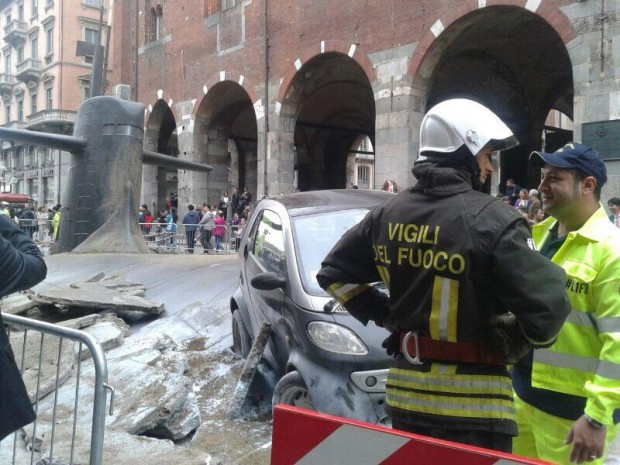 [via designboom via It’s Nice That via Colossal]