Kids love to play fight. Just give them a few seconds of idle time and their minds will transform them into all sorts of characters. Soon enough you’ll hear them making sound effects for their movements and weapons. But the problem with being their own foley artist is that they can’t pew pew pew and spew killer lines at the same time. The Mega Stomp Battle can help with that. 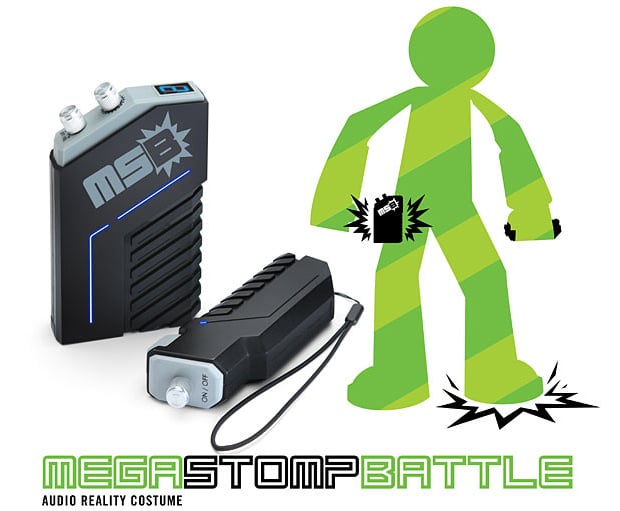 The Mega Stomp Battle is composed of a small box and a wand that emit sound effects when you walk, wave the wand or push the wand’s trigger. It has 10 sound banks or character types, such as a knight, a giant monster or a pirate. Each sound bank has at least six sounds for different types of movements like walking, attacking and more.

Someone on YouTube said we should watch the video on mute. I disagree. The guys in the video look stupid even with the sound on. But you might not care about how you look once you’ve tried living a life with sound effects. You can order Mega Stomp Battle from ThinkGeek for $40 (USD).