Mad Catz recently announced the littlest member of its S.T.R.I.K.E. gaming keyboards. The S.T.R.I.K.E. M is a wireless keyboard designed to be used with mobile devices and the company’s M.O.J.O. Android micro-console. Mad Catz sure loves periods. 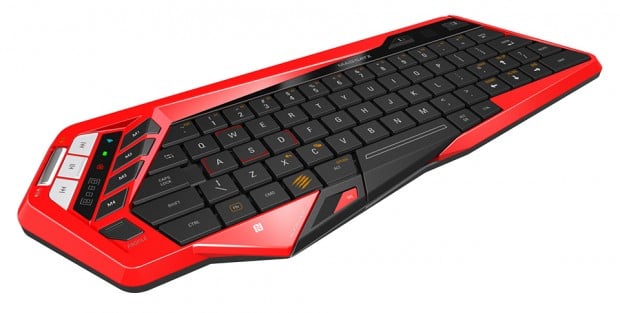 The keyboard connects to devices using either NFC or Bluetooth. It has a couple of features that should set it apart from other mobile keyboards. First is the ability to save multiple macro commands, and second is its Optical Finger Navigation (OFN) mouse sensor, i.e. a tiny trackpad.  I’m not entirely sure, but I think the trackpad is that tiny patch on the upper right of the keyboard that’s flanked by left- and right-click buttons. Sorry lefties. 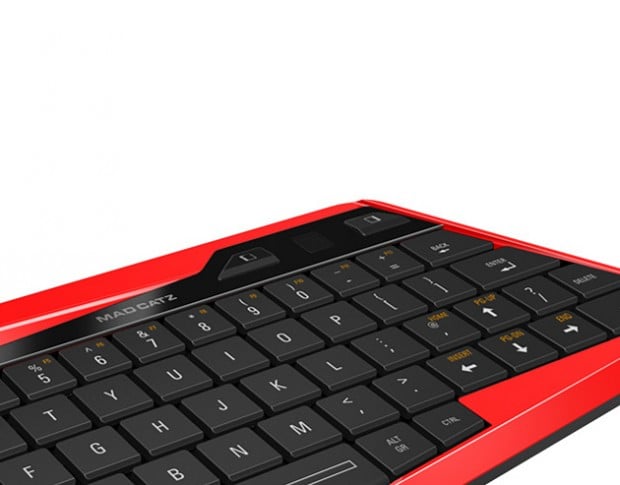 Mad Catz didn’t provide the dimensions of the keyboard, but Kotaku has a shot of the keyboard in someone’s hand. Not as helpful as actual measurements – it may have been a gnome holding it in the photo – but it’s better than nothing. 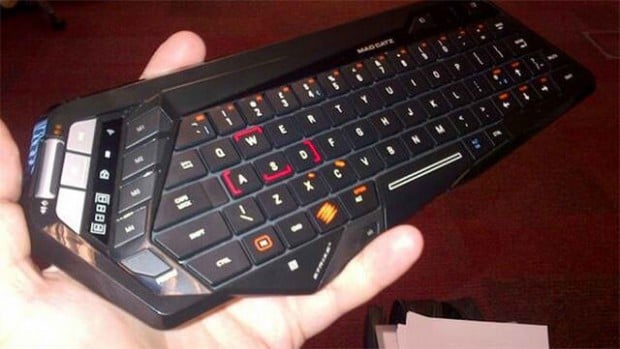 The keyboard also has controls for brightness, volume and media playback. It also has backlighting and a rechargeable internal battery, but no word on how long it will last per charge. 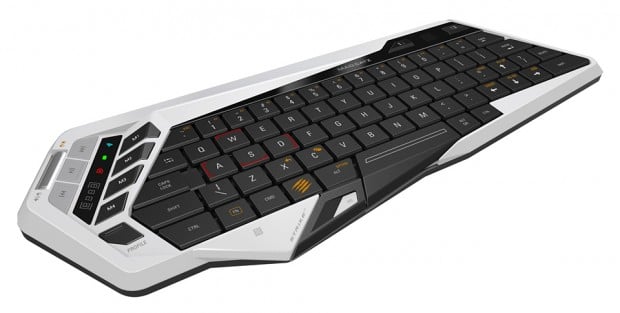 Another detail that Mad Catz failed to mention is the price of the S.T.R.I.K.E. M, although they did say it would be available this holiday season. 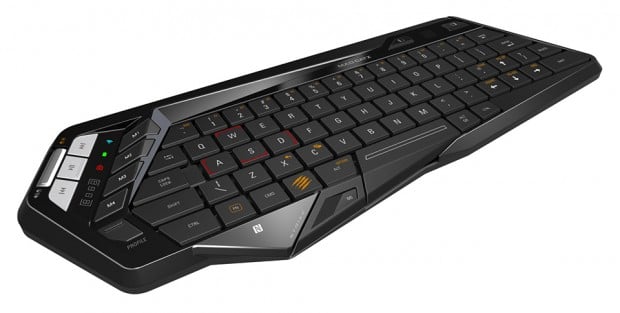 Are there really mobile gamers that need or want a keyboard? Mad Catz certainly thinks so. Besides, it could just be gearing up for its Android micro-console, which will eventually be able to stream games from a PC to the TV or monitor that it’s hooked up to. I think the most important question here is how cramped the keys are. The keyboard itself doesn’t seem to be that small, but its odd shape and the strange use of space on its perimeter are what forced the keys to be small. I’m also really interested in seeing how that tiny trackpad holds up in real world use.

[via Mad Catz via Kotaku]