Back in August of 2012, we talked about a cool little Bluetooth controlled robot known as Bero. Bero stands for Be The Robot and the little guy is pretty cool. The robot is open source and is designed to be controlled using a Bluetooth device such as the iPhone or Android smartphones. Bero originally turned up on Kickstarter where early backers could get a basic Bluetooth controlled ‘bot for as little as $79. 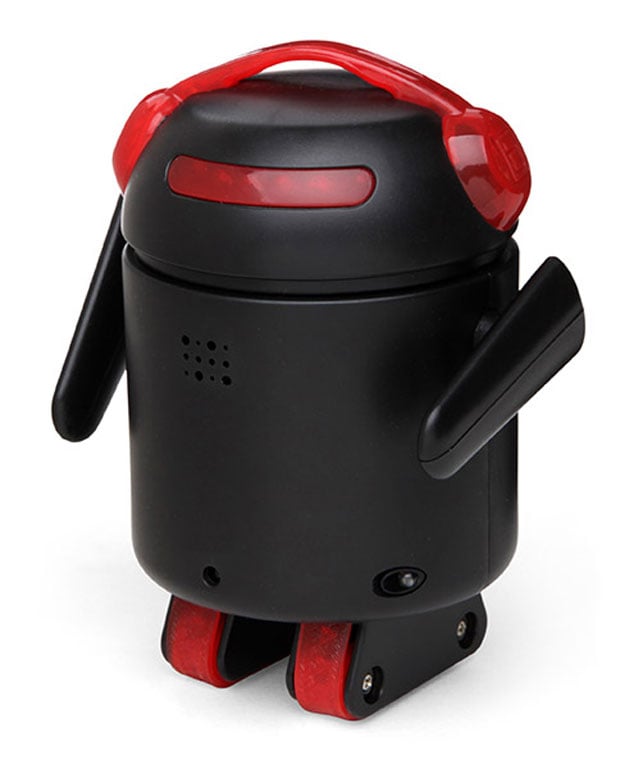 ThinkGeek is now offering the robot, though its price has gone up significantly since the Kickstarter campaign. The Bluetooth robot will cost you $149.99(USD). You don’t get to choose the color, ThinkGeek will either send you a black version or white version depending on what the monkeys grab off the shelf. 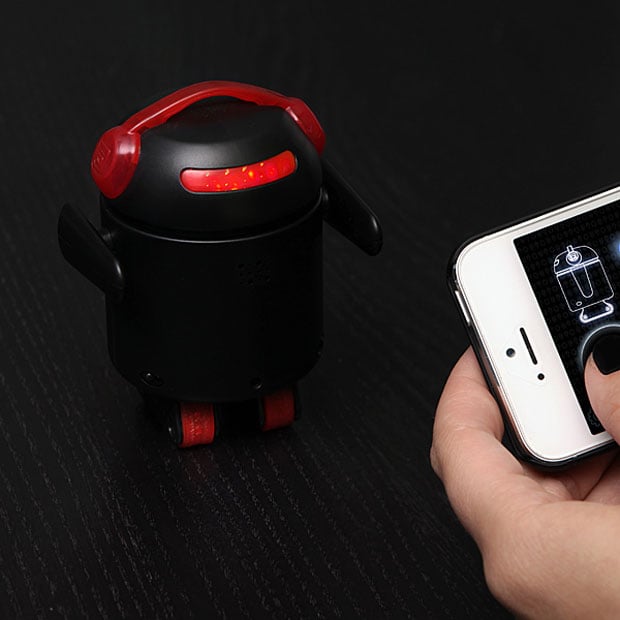 The robot is four inches-tall and has micro gear boxes allowing its tank tread tracks to move independently, its head to turn, and its arms to move. It’s also got a built-in speaker and LED eyes and light up headphones.  Bero also has an integrated infrared optical system for autonomous navigation with a pair of IR transmitters and a single IR receiver. It has a detection range of three to five inches. Power comes from a small lithium polymer rechargeable battery good for three to five hours of use.

The ‘bot can be controlled by any Bluetooth 2.0 device, but applications for programming already exist for Android and iOS devices. It’s also pre-programmed to dance and move around if you’re too lazy to program it yourself.