Because of its size and form, Google Glass has a limited – albeit seemingly capable – user interface: touch gestures, head gestures and voice commands. Even though Glass’ display is visible at all times, there are times when it would be impractical, insensitive or downright impossible to interact with it. That’s why researcher Brandyn White came up with three alternative ways of controlling Glass. 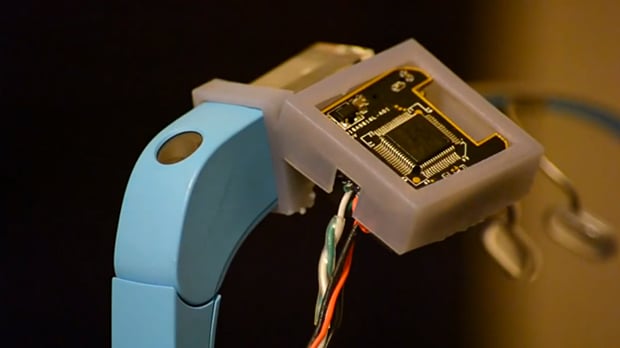 The first method is via eye tracking, i.e. triggering commands just by looking at a particular spot. Brandyn achieved this using a modified webcam, a 3D printed case and a custom software. As Brandyn notes, future versions of Glass may have eye-tracking built-in so this hack may be rendered obsolete. But even if that happened Brandyn says he doesn’t want this to be used in public, probably because it’s distracting and can also be offensive if used when you’re with other people. 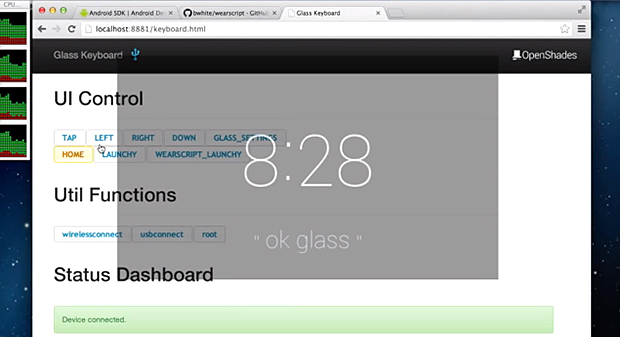 Brandyn also made a browser-based control interface for Glass with the help of a JavaScript-based platform called WearScript. As silly as it sounds, this interface will probably let you control Glass even if you’re not wearing it. 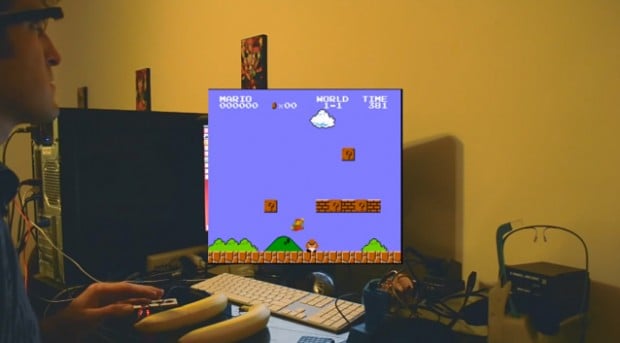 Finally, Brandyn used a MaKey MaKey and WearScript to enable alternative touch controls for Glass. For instance, he wired MaKey MaKey to his clothes so that he could control Glass just by touching his sleeves. He also used two bananas to play Super Mario Bros. on a NES emulator.

You should check out Brandyn’s full article about his hacks on his website. Brandyn and his colleague Andrew Miller also made a couple of Google Glass hacks designed to help the blind become aware of their surroundings.

[via Mike Elgan via The Future of Things]