The ol’ keyboard and mouse combo have proven nearly as versatile as personal computers themselves, but there are still cases when a more responsive or intuitive physical interface is needed. For example, many musicians today use MIDI controllers and sequencers. Palette aims to be that alternative interface to computers, and one that adapts to your needs. 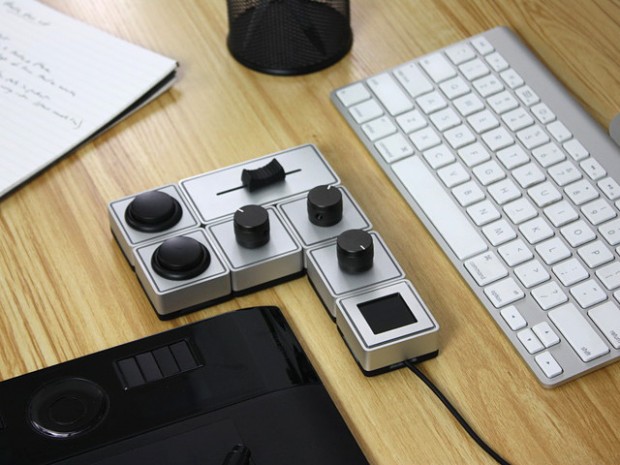 Palette is a nearly infinitely expandable control interface. It has a power module that connects to computers via USB and control modules – buttons, knobs and sliders – that connect to the power module and to each other. Each module has two RGB LEDs that shine through its perimeter, and you’ll be able to customize the way those LEDs light up. Speaking of customization, the power module also has an OLED screen that displays the profile you’re currently using for your setup.

When it launches, Palette will support only OS X and a few programs – the Adobe Creative Suite, DJ software like Ableton and Traktor plus a few “basic web apps” – but its inventors are working on an SDK so that developers can make their programs compatible with Palette. That will be crucial to the success of this system. And if Palette does take off, we can expect more modules to come out, such as joysticks, jog dials and more. I think this has the potential to be revolutionary. It can help not just professionals but non-techies and perhaps even disable people as well. 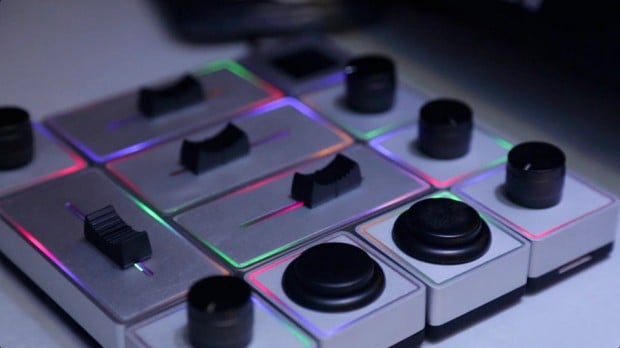 Pledge at least $89 (CAD) (~$84 USD) on Kickstarter to get a four module Palette kit as a reward. Higher pledges get you more control modules, and there’s even a reward tier for modules with wooden cases. I’d love for Palette to be compatible with mobile devices. Imagine playing a light DJ set using only your tablet and your Palette setup, or playing Spaceteam with real controls.