If the Alien films taught us anything it was never to look into the top of an open alien egg. You know a facehugger will hop out and puke itself down your throat. ThinkGeek now has a perfect gift idea for fans of the Alien franchise. 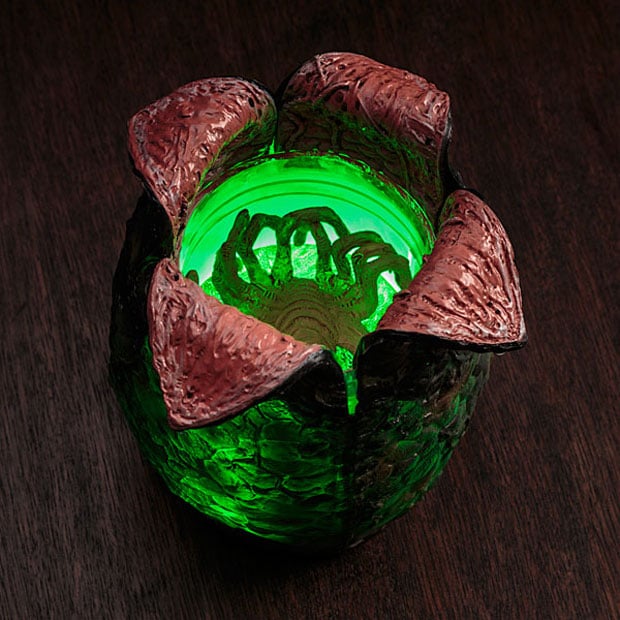 The inside of this replica alien egg glows with an eerie green light and has a little facehugger sitting there inside. The egg itself has open flaps and is designed to look like the one Ripley discovers in the films. The coolest part of this egg is that once you trick your friends into checking out the shiny lights, you can press a button on the front of the egg and a facehugger shoots out at them.

The egg is 4.5 inches-tall and the facehugger is 8 inches-long. The Alien egg is available now for $29.99(USD) over at ThinkGeek. It’s too bad you can’t launch the facehugger with a motion sensor or remote control of some sort. Time to start hacking…