SteamOS Beta Now Available: All Aboard the Valve Train

If console gamers have the PS4 and Xbox One to be excited about, Valve has given the master race and their incessantly upgraded next, next-gen PC hardware something to tinker with. You can now download the first public beta version of SteamOS, the Linux-based and gaming-centered operating system. 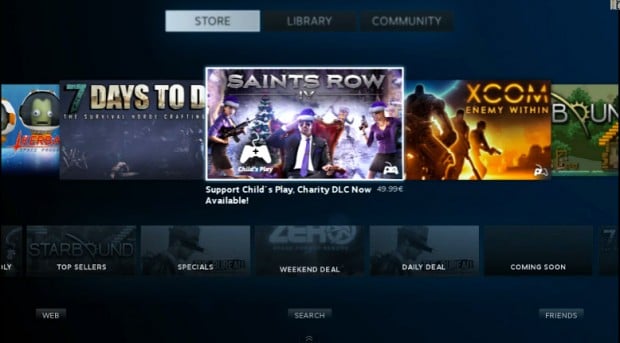 The current version of SteamOS is based on Debian 7 plus the Gnome desktop environment. As Ars Technica notes, this beta build is for the earliest of early adopters. Bugs and glitches aside, “all it is today is a way to run a limited subset of your existing Steam library on an odd version of Steam that requires a dedicated computer.” Another thing to keep in mind is that the beta only supports NVIDIA graphics cards, though the final version will include support for AMD and Intel graphics. Here’s an overview shared by YouTuber Marcelo Salvador. Skip to 3:00 in the video to see SteamOS – or at least Steam in SteamOS – in action:

You can download the SteamOS beta from its official website. Valve also posted installation instructions here, which by the way clearly state that the process will erase all content on the target drive, so you might want to consider installing it on a virtual (Steam) machine for now like Marcelo did.