SteelSeries opted to make their upcoming wireless iOS controller as small as possible, perhaps to keep it as portable as the devices it will pair with. A new company called Signal is taking a different route. Its RP1 is about the same size and form as gaming console controllers. 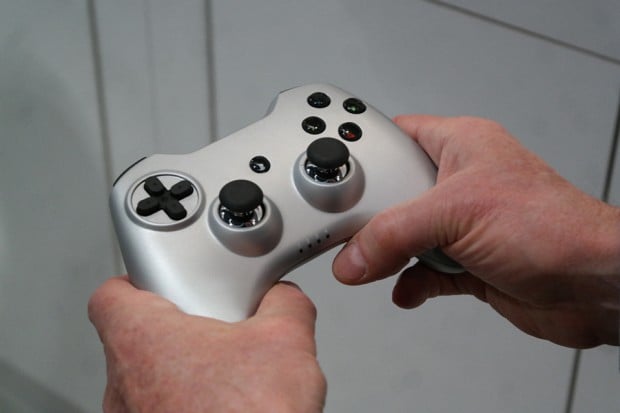 As you can see the RP1 looks a lot like an Xbox 360 controller, except its analog sticks and d-pad have a PlayStation-style setup. Aside from that, it has all the buttons and triggers you’d expect from a console controller, down to the triggers under the analog sticks. Like the Stratus, RP1 will connect to iOS 7 devices via Bluetooth, although Signal has not specified which of Apple’s devices it will work with.

With more and more console and desktop games being ported to iOS, I’m sure a decent number of iOS gamers will want to have a full-size controller like the RP1. But at this point I don’t think you should get one of these just yet, because like all announced iOS controllers the RP1 has a retail price of $100. This is Apple tax at its worst. Hopefully that number will descend from la-la land once more controllers are released.