One of inventor Steve Hoefer’s favorite creations is his knock-activated lock: a lock that only opens if you enter the correct knock sequence. Steve says he’s built the lock a dozen times. Instead of becoming increasingly complex, his latest build is actually easier to put together compared to its predecessors, thanks to a couple of Adafruit products. 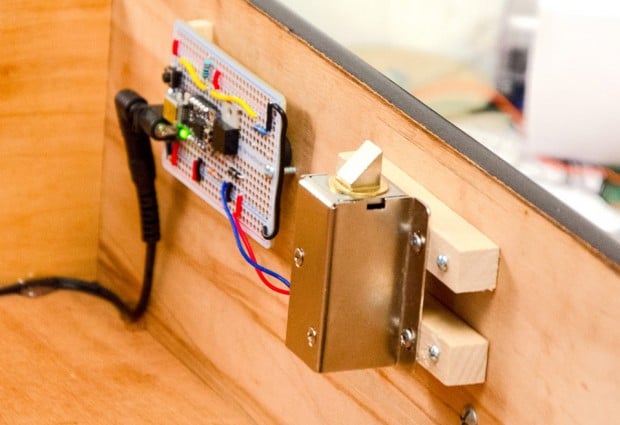 This build uses Adafruit’s piezoelectric sensor, solenoid lock and mini microcontroller. You can install the lock on any wooden drawer or door that’s at least 2 1/4″ deep. Once installed, you simply record your secret knock, and the device now knows to only unlock if the same knock is repeated.

Knock twice on your browser and head to the Adafruit blog for Steve’s instructions, parts list and Arduino code.