I will admit that it is rather cool to mix two beloved science fiction properties into one. Take this fan made artwork for instance. It has Chewbacca and wicket the Ewok standing on Endor. There is one major thing that’s a little out of place though – they are both wearing Starfleet uniforms. 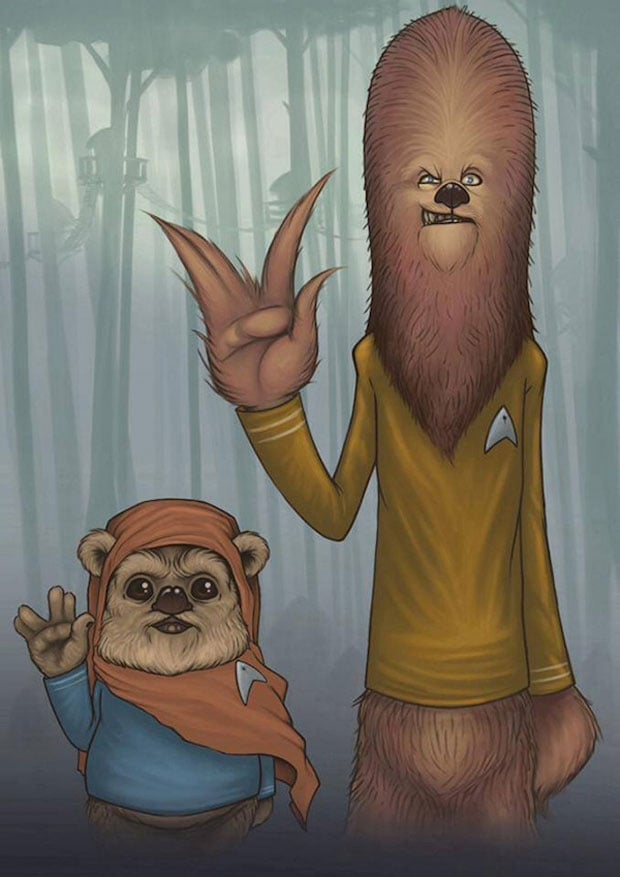 The artist who made the illustration is Rey Paez and he made it with the Procreate app on the iPad. It’s a fun idea, but one thing that bothers me about the image is that while Wicket is in proper form with the proportions we remember from Return of the Jedi, Chewie looks just plain weird. In this image, he’s tall, thin, and has a rather phallic shape to him. Wookiees have been known to rip arms out of sockets if you call them a dick, so I won’t go that far.

[via Geek Tyrant via Laughing Squid]