The Car for the Russian Zombiepocalypse: Maximum Maxima

If I had to fight off hordes of zombies, I’d want a good car that could quickly escape, and could also keep me out of harm’s way from the biters. And while the forecast has yet to be cloudy with a chance of walkers, it’s still never too early to prepare for our eventual demise at the hands of these mutants. These guys in Russia seem to have a good head start. 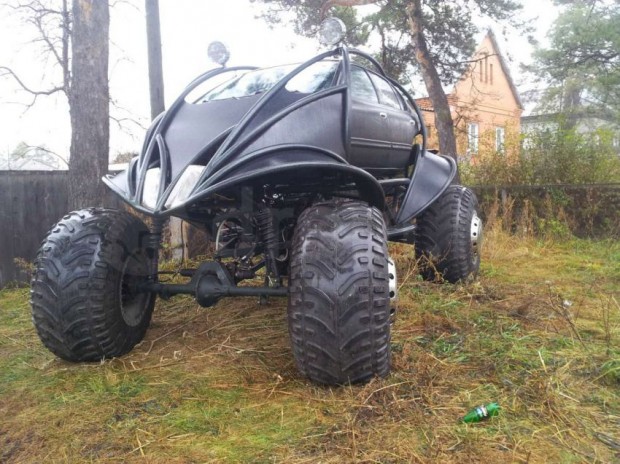 This insane vehicle apparently started out as a Nissan Maxima, but with a little nip here and tuck there in some 3D modeling software – and a whole lot of metal bending and welding, it sure doesn’t look like a Nissan anymore. Actually, if you stand back and squint really hard, it looks kind of like a massive VW Beetle. 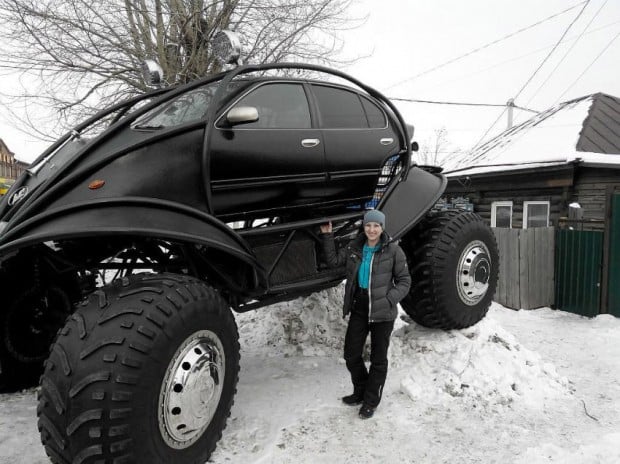 Those giant tires and its 1.7 ton curb weight should be perfect for driving over mounds of zombies lining the road, if not right over piles of abandoned vehicles on the roads. 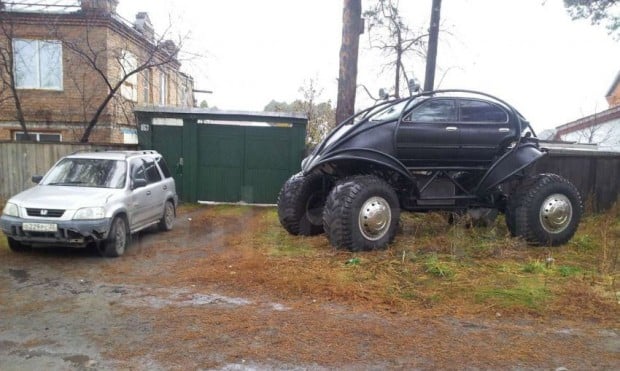 [via English Russia via SPLOID]