Dustin Evans’ Tesseract case replica may not have the power to destroy worlds or foretell the future, but it can open portals to other realms. Aside from a glowing cube, the case also has a 7″ LCD monitor and a Raspberry Pi running the popular media player XBMC through Raspbian. 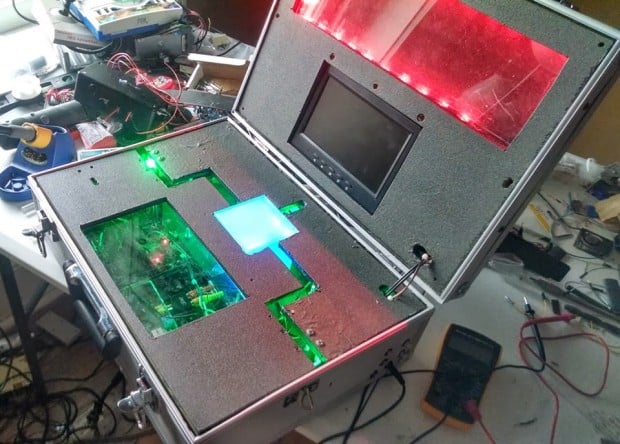 Dustin also wrote an Android app to control the LEDs on the case. He also uses his Android phone to send video to the case with the help of AllCast. Dustin also added audio and video outputs to the replica. You’ll see him connect it to a projector in the video below.

Assemble a browser and head to Dustin’s blog for more on his project.