Last year, Lift Labs Design unveiled Liftware Stabilizer, a spoon with an electronic self-stabilizing handle. Liftware makes it easy for people suffering from tremors – such as those with Parkinson’s Disease – to eat on their own. This month Lift Labs is back on Indiegogo, this time not just for itself but to help others as well. 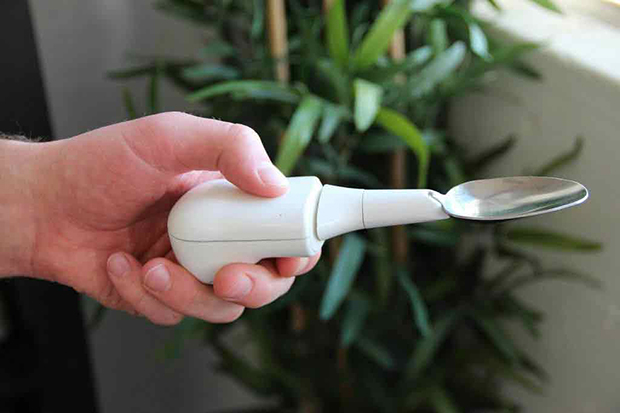 For those who are not familiar with Liftware, its handle has accelerometers that detect motion and actuators to compensate for said motion.

Liftware is used only as a spoon for now, but because all of its electronics are in the handle Lift Labs will release additional attachments in the future, including a fork and a key holder.

Pledge at least $300 (USD) on Indiegogo to get a Liftware as a reward. You can also get the device directly from Lift Labs Design, but as stated in the video above, the company will match all Indiegogo pledges up to $50,000 dollar for dollar. That means for every $295 it collects, the company will donate two Liftware units to the International Essential Tremor Foundation.