If you find yourself near the Berlin Central Station today, you may have noticed a gigantic robot there before you decided to run for your life and hide in some corner. Nothing to fear. It’s just Betty the Titan, and this is just one stop on a four stop tour around Germany to promote Respawn Entertainment’s Titanfall in a big way. 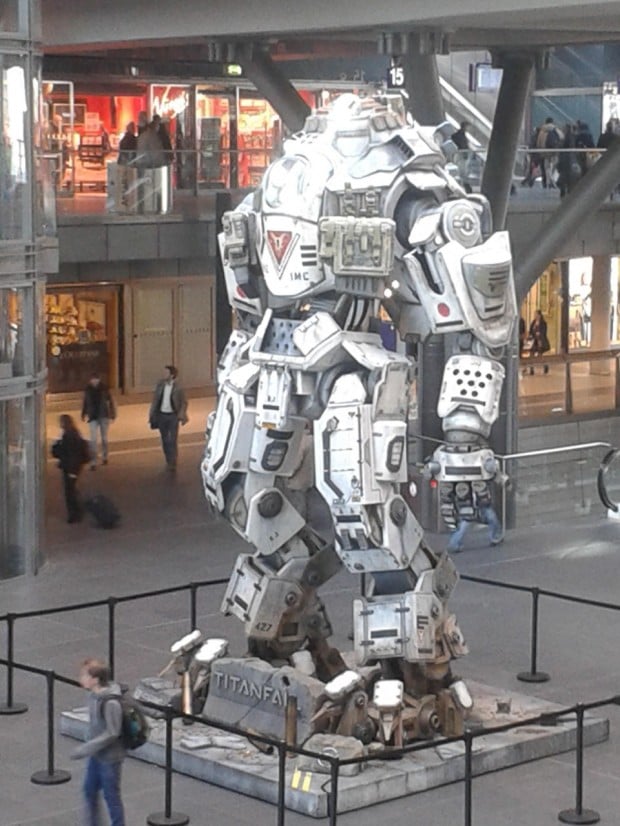 Believe it or not Respawn and EA have been moving this and one other Titanfall prop all around the world. So far Betty has made appearances at Gamescom, GDC, E3, and a couple of other venues. Both Titans were created to represent the true scale of the mech compared to puny humans and they do that well. They would be amazing to see in person. 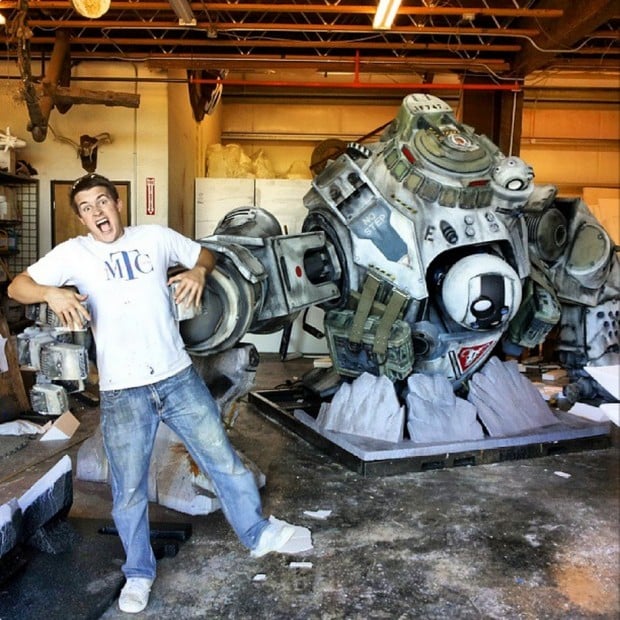 The Titans were created by Daniel’s Wood Land, based out of Paso Robles, CA. They are made almost completely out of foam, which is carved using 3D carving machines, then painted and sealed. So they aren’t as hard to move around as you would think. One day soon maybe we have have real mechs this size to crush us and kill us.