It’s one thing to allow a professional tattoo artist to ink your arm. It’s another thing altogether to allow a 3D printer to do it. But that’s exactly what a team of designers in Paris recently did. 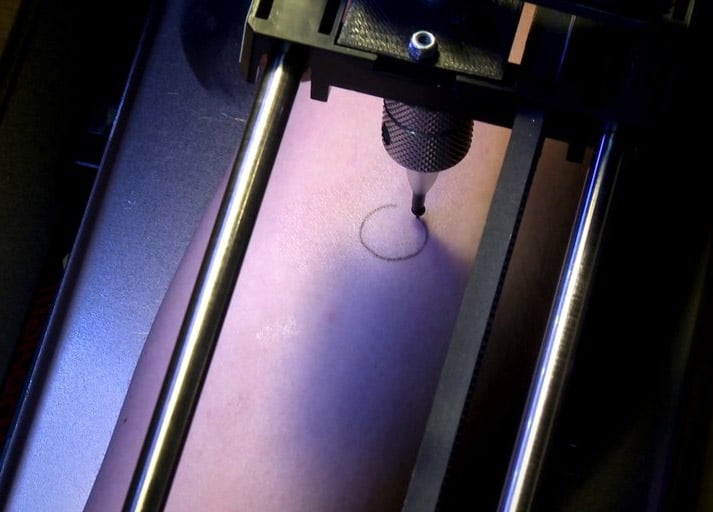 By hacking together a custom tattoo gun attachment for a MakerBot 3D printer, they were able to draw a computer-generated tattoo on a man’s arm. As you can see in the video below, the tattoo is very rudimentary (a simple circle), but I’m assuming that’s because it would be pretty difficult to compensate for small movements in the recipient’s arm like a human tattoo artist can do.

What do you guys think? Will there be shopping mall kiosks in the future where you can stick your arm inside and have the art of your choice drawn on by a robot?

Me? I’m sticking with temporary tattoos.