The Nightmare Before Christmas Cuckoo Clock: This is Halloween

Fans of The Nightmare Before Christmas will enjoy this cuckoo clock from The Bradford Exchange. It is pretty creepy, and a bit busy, just like any Tim Burton production. 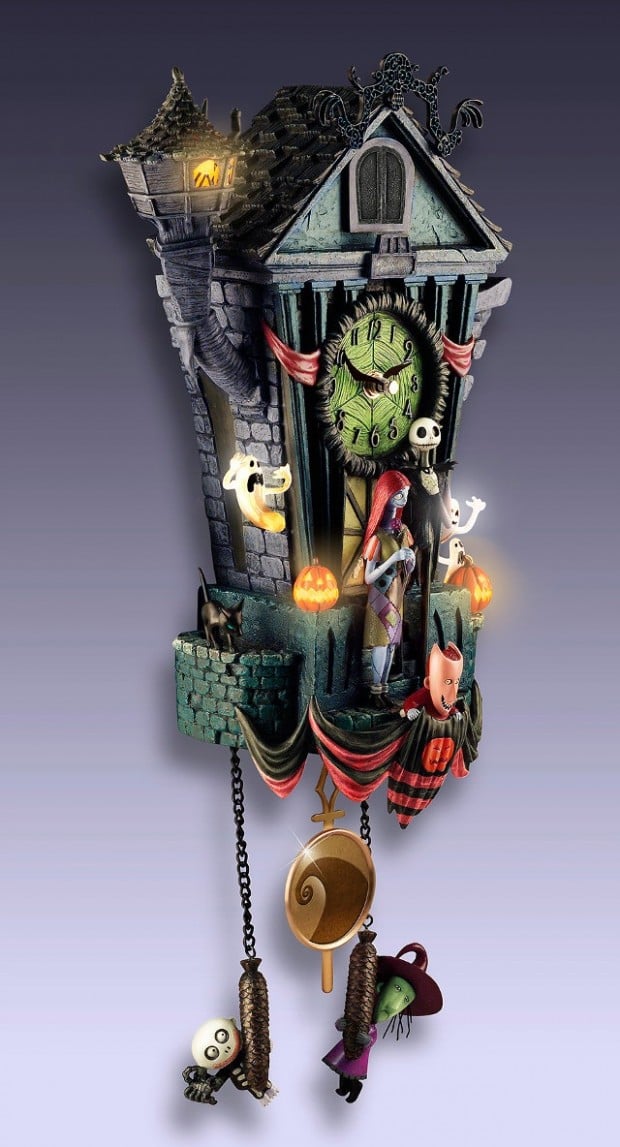 It has Jack Skellington and Sally in front of the Town Hall and Jack’s Tower. It also lights up. The windows of Jack’s Tower, the ghosts and pumpkins all illuminate. However, this is a cuckoo clock is without an actual cuckoo on the hour. Instead, it plays “This is Halloween” while Zero pops in and out of the doors on top. Crazy right? 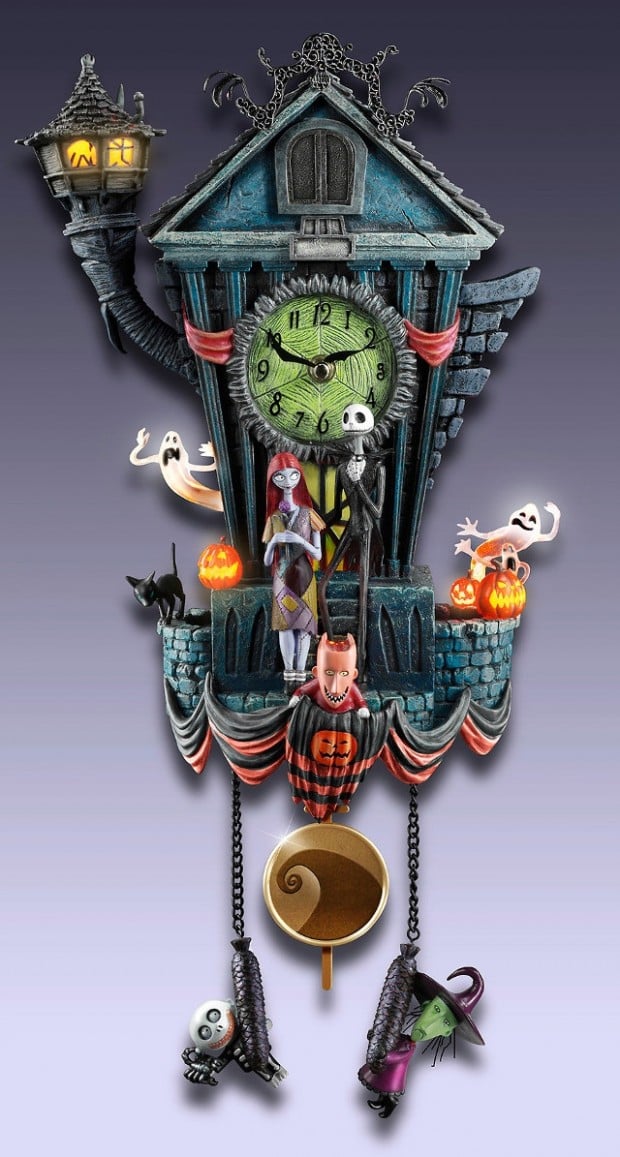 It even has characters swinging on the weights. There are worse ways to spend $200. Display it all year round, not just at Christmas or Halloween. 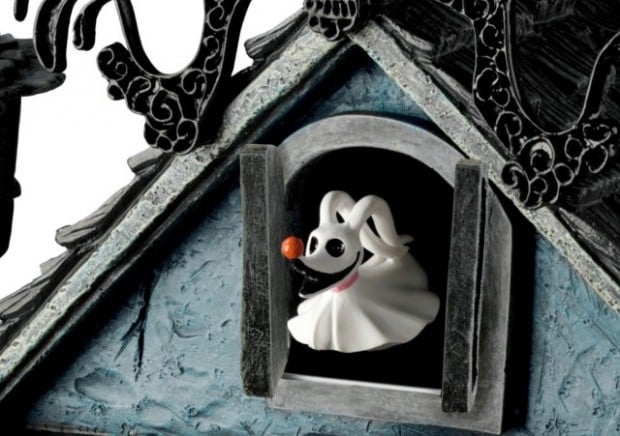