I think we can all agree that the most comfortable way to lounge around the house is probably in your underwear and an old t-shirt. If you have people over and can’t strip down to your skivvies, the next best thing is this Boba Fett Lounger. It’s sort of like a Snuggie for Star Wars geeks. 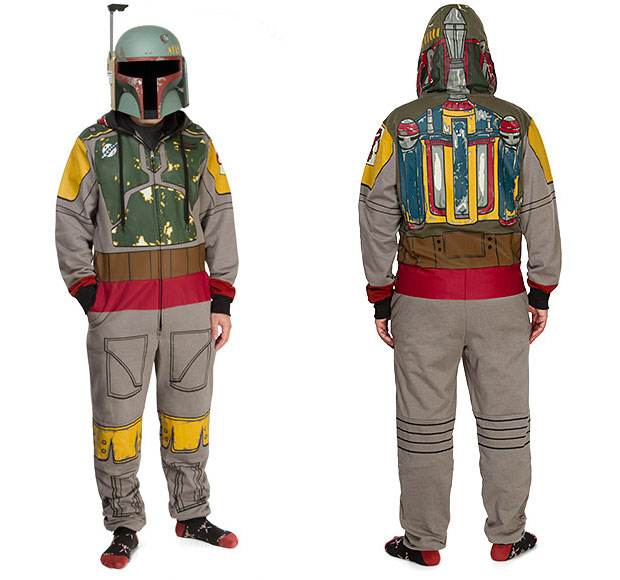 This is a one-piece jumpsuit printed with the look of Boba Fett’s armor and jet pack on the front and back. It zips up so you can shed it quickly for between commercial bathroom breaks. It’s sort of like a union suit, those old-fashioned underwear you see in westerns. 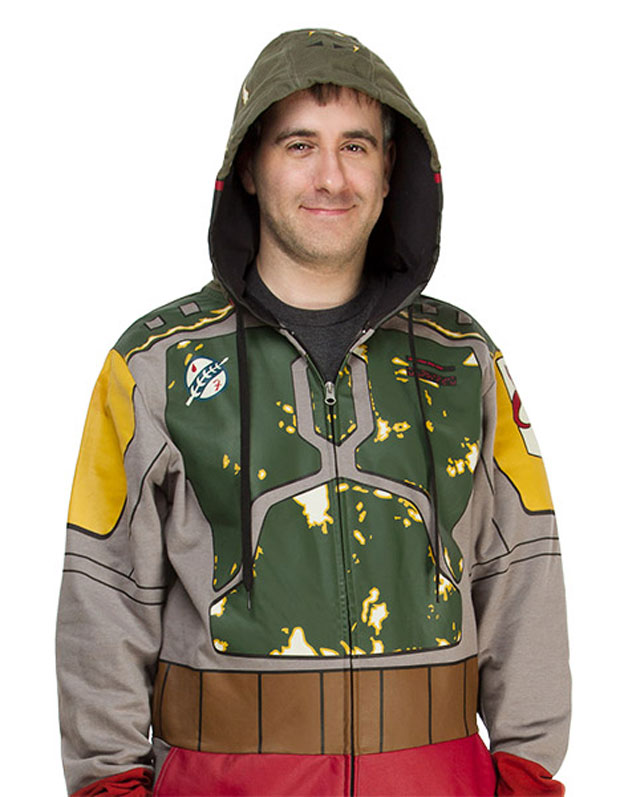 It’s made from 60% cotton and 40% polyester and has a pair of front pockets. It also has a hood that to keep your ears warm. Sadly, it doesn’t include a helmet either – just a hood. It also has no butt flap or footies. You can get one in several sizes at ThinkGeek for $69.99(USD). All the Mandalorians are wearing them this year.