In many towns around the country, there are craft brewers that make their own beer. If you have a favorite, or like one of the common beers more when it comes out of a draft tap than a can, the Synek Draft System is for you. This device is your own personal draft dispenser for beer. 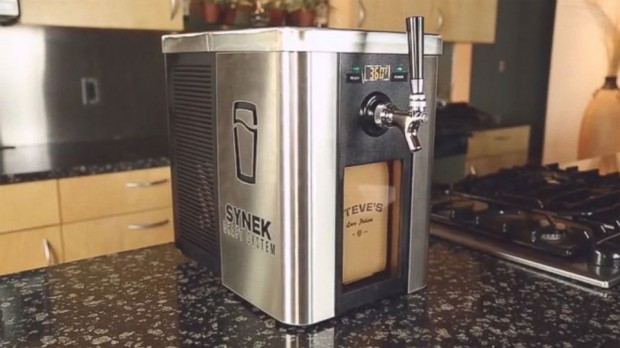 Rather than requiring kegs or pre-packaged beer, it’s designed to use vacuum-sealed bags that hold your favorite beer taken from a tap or keg. This lets you dispense a much wider variety of beers than kegerators. The Synek device keeps the beer chilled perfectly and fresh for 30 days at a time, according to the team behind the product on Kickstarter. The bags are interchangeable and keep beer fresh and carbonated even when they are outside the cooler device.

If funded, the Synek system will ship in April 2015. The project is seeking $250,000 to come to market, and is well on its way towards its goal. You can pre-order one of these devices for a pledge of at least $349(USD).