The sound effect that triggers when you pull off a special trick in Tony Hawk Pro Skater is burned into my brain. That and Suicide Machines’ New Girl. If you’d love to augment your real world skating with sound, check out Skatehack. It’s an urban art and research collective that designed sound-emitting ramps. 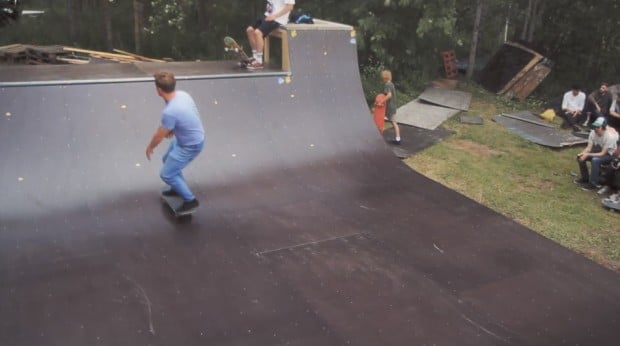 Skatehack’s Augmented Ramp is a half-pipe that has piezoelectric sensors on its flat and transition surfaces, as well as contact microphones on its lips.

The mic and the sensors turn the impact or vibration that you cause when you skate on the ramp into triggers. An application then uses these triggers to generate sound.

Skatehack also designed Bauxite, a smaller and self-contained version of the Augmented Ramp.

Here’s a primer on Skatehack and its makers:

Grind to Skatehack’s YouTube page to see more demos of its ramps. You can reach Skatehack’s creators by emailing them at info@skatehack.org, as well as via Facebook and Twitter.