We can use our phones to send images and sounds to and from practically anywhere on the planet. Soon we may be able to do that with scents as well. Vapor Communications is working on the oPhone DUO, a device that lets you receive scents based on instructions from a complementary mobile app. 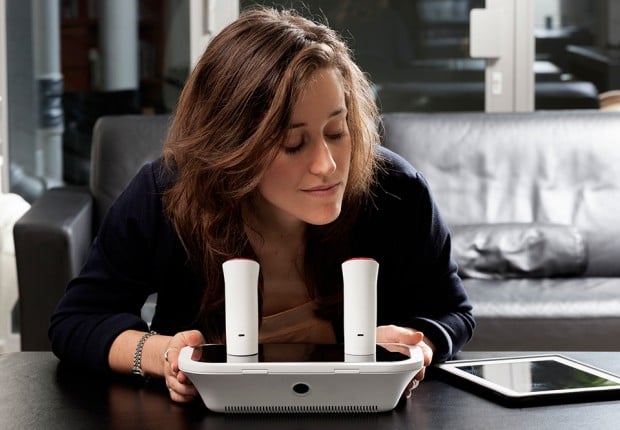 To send a scented message, you’ll use the oSnap app. For now, oSnap and oPhone are limited to recreating the scent of food, but Vapor Communications promises to release more kinds of aromas in the future. oSnap lets you take a picture and then add up to two scents to it. The latter is done by choosing from up to four aromas, which have descriptive names – e.g. buttery, zesty, balsamic, etc. – to make it easier to concoct a scent. 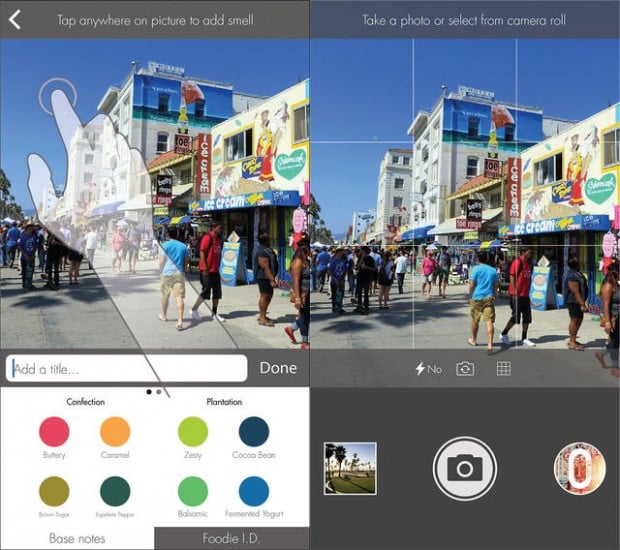 While it appears anyone with a mobile device can send a scented message, it goes without saying that you can only “receive” the message if you have an oPhone. When you receive an oSnap message, the recipe for the scent is sent from your phone to the oPhone via Bluetooth. The device uses circular cartridges called oChips to create scents. Each oChip has four aromas, and you can place 8 oChips in the oPhone. Vapor Communications claims that the oPhone can generate up to 300,000 scents using the cartridges. Whether or not they smell good is up to the sender.

Speaking of which, if you’re worried that your friends are going to use your cutting edge device only to send you fart and sweat telegrams, keep in mind that you’re the one who will place or remove the aroma cartridges. If you don’t want to receive a message most foul, you can remove the cartridges that contain the offending aromas.

But even if all the aromas that the oPhone uses are fragrant on their own, I think users will still mix stink bombs by accident or experimentation. Especially since the sender can’t preview the scent he’s creating. According to Edible Geography, Vapor Communications said it’s possible that future versions of their apps will use image-recognition technology so that the app will choose the “right” aromas for the user. But for the near future consider your nose warned.

I wonder if we’ll have a YouTube or Instagram for scents. Pledge at least $149 (USD) on Indiegogo to receive an oPhone as a reward.