A 13-year-old teen girl got quite a fright recently when she woke from sleeping to the smell of something burning. She quickly realized that burning smell was her Samsung Galaxy S4 smartphone, which had overheated and caught fire. Samsung was quick to point the finger at other sources for the blaze. 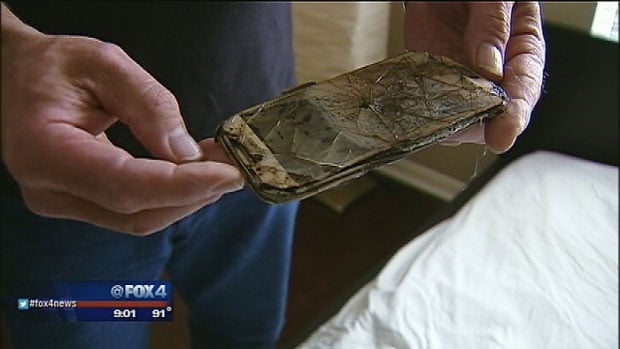 The first thing that Samsung noted was that the battery inside the phone was not an original Samsung part. Presumably, the teen had replaced the battery with an aftermarket component.

The girl’s father believes that the phone itself overheated leading to the battery fire when it slipped between the bed and the girl’s pillow while she slept. Samsung pointed out that its documents included with the phone warn of fire hazard if you cover the phone with bedding or other material. Regardless, Samsung has asked that the phone be sent in for an investigation.