Earlier this year, we looked at a mission control desk that Jeff Highsmith made for his older son. But what’s a mission control center without a spaceship to manage? So a few months later, Jeff set out to build a small spaceship in his younger son’s bedroom. The result is even more awesome than the desk. Because spaceship. 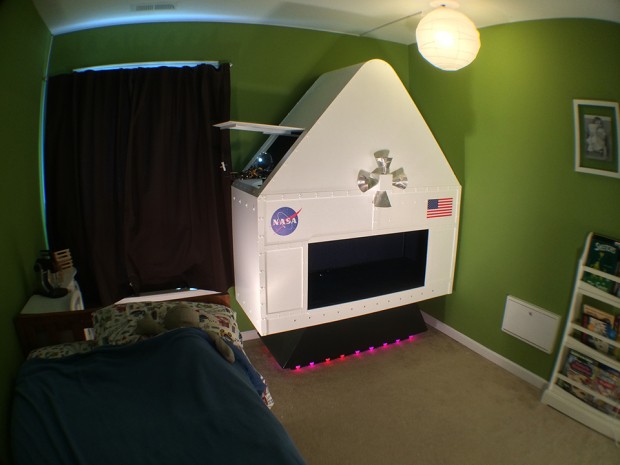 The spaceship has 38 switches and 291 LEDs. Certain parts of the control panel even trigger and play out simpler versions of the problems that occurred in the Apollo 12 and Apollo 13 missions. Jeff also added a bass amplifier so that his little astronauts would feel the ship rumble when they fire its thrusters. A payload bay lets them launch or recover satellites and other toys via a hatch switch, a remote video feed and a controller for the robot arm. 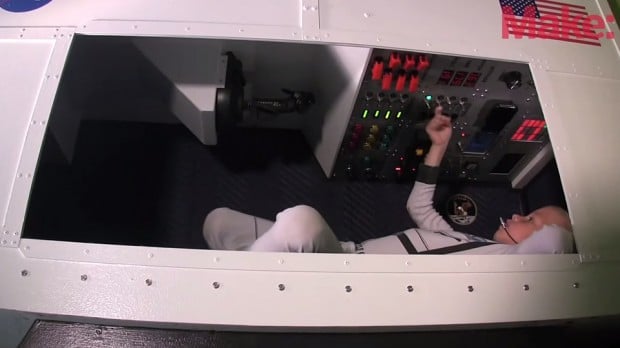 But for Jeff, the best part of the spaceship is its Intercom system, which lets mission control communicate with the ship. Awwww.

Kids, return your dads to the dad store and ask for a Jeff Highsmith. Just kidding. He’s mine! Fly to Make: to find out more about how Jeff made the spaceship.