Eat Some Pork then Run a Marathon with Reebok Bacon

This clever marketing campaign can be summed up in one sentence. When all else fails, try bacon. More people are getting fit these days, running and exercising. However, these people still love bacon. Reebok wants to give it to them. 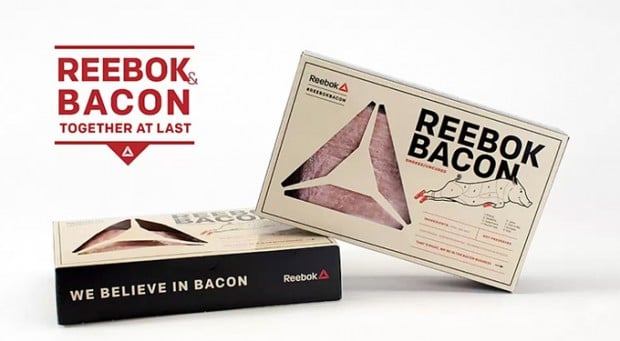 Reebok Bacon was launched at last month’s Reebok CrossFit Games in California. The idea is that this meat contains all the protein of you need, but without sweeteners, monosodium glutamate, or nitrates. This product is designed to be a better bacon.

The idea comes from ad agency Venables Bell & Partners. I doubt Reebok will launch the product for real, but it does bring attention to their brand. And besides, bacon.