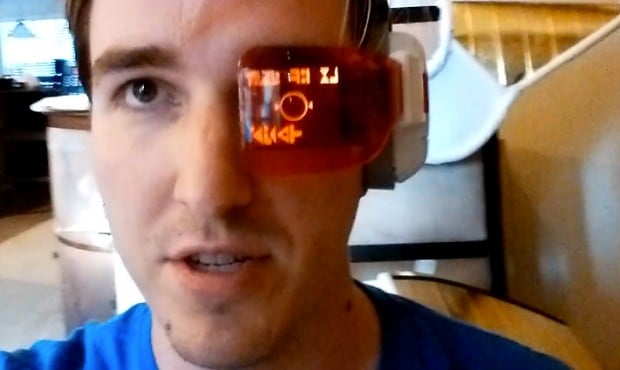 Kier hasn’t gone into detail about the hardware he’s using, only that he stuffed it into an old scouter toy. He’s using what appears to be a small LCD display to play animations, which he made based on the assets used in the cartoon.

Here’s his hardware out of the case:

Want. Come on Bandai, Google, Tuffles, someone! Back Kier already!