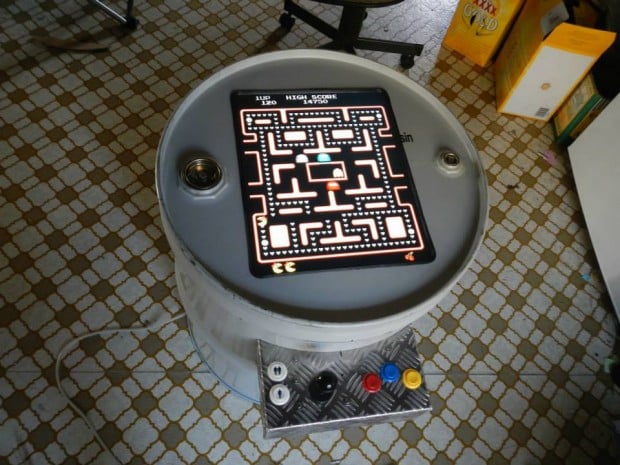 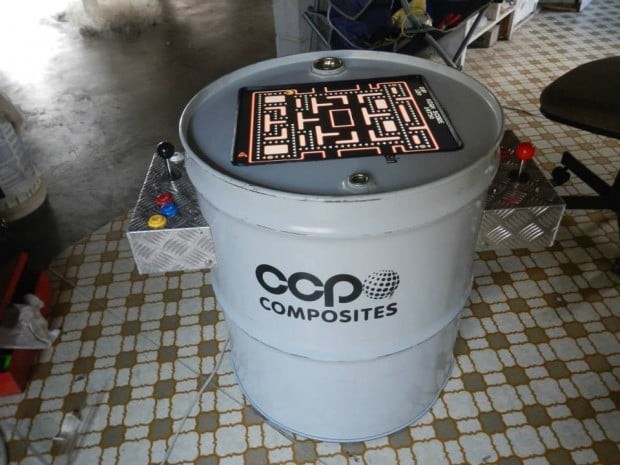 Perhaps it’s just the angle with which the shots were taken, but it seems like you’ll need either really long arms, a really low chair or a neck brace to play on this machine. It looks sturdy as hell though.