A comic book has sold at auction and has set a record for the most ever paid for a comic. The comic in question is the debut of Superman in Action Comics No. 1 from 1938. A copy of that comic that had been sitting in a cedar chest for decades sold via eBay recently. 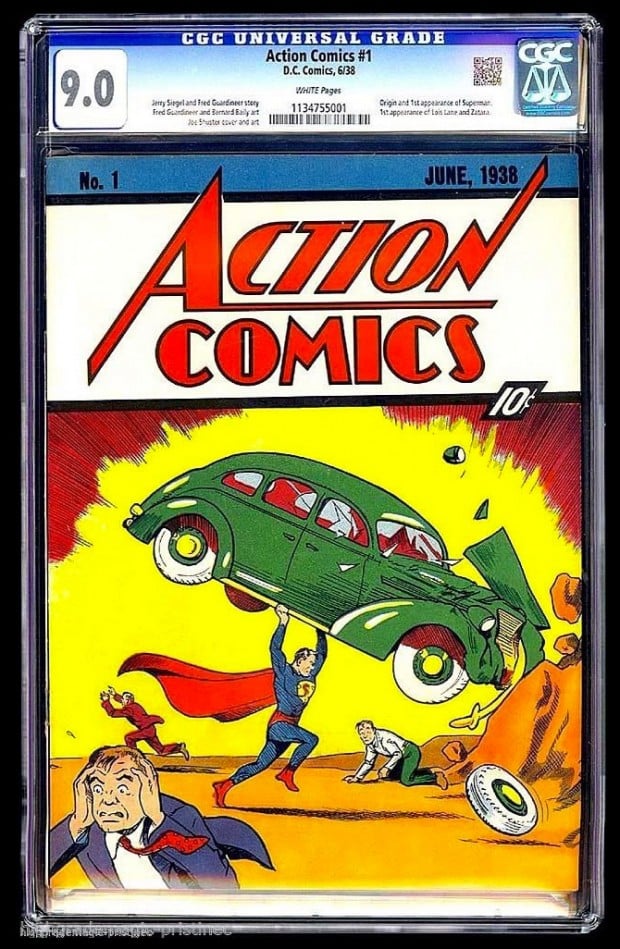 The rare comic was a 9.0 out of 10 and sold for a whopping $3,207,852(USD), breaking the previous record of $2.1 million. That previous record holder was a similar quality copy of the same comic book. Action comics No. 1 sold for ten cents. Only about 100 to 150 copies of the issue are believed to be in existance, with only a few in top condition. 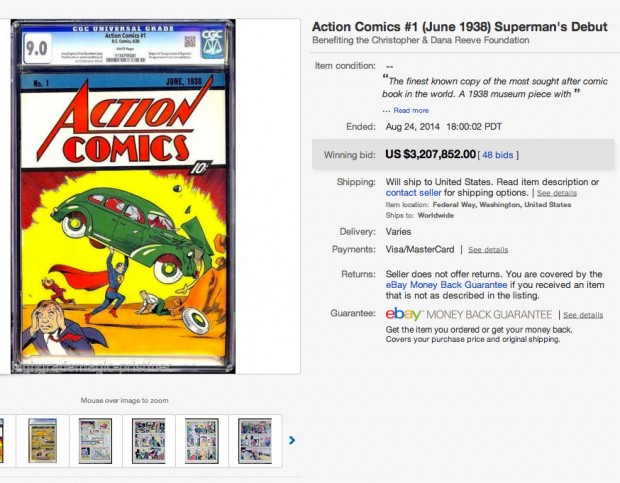 A portion of the proceeds from the sale are going to The Christopher & Dana Reeve Foundation, which is dedicated to finding cures for and improving the lives of those with spinal cord injuries.