Kairosoft’s strategy sim Game Dev Story is one of my favorite iOS games. But if you really want to make a video game on the go, check out the iOS app RPG Creator. That is, if you can read Japanese. 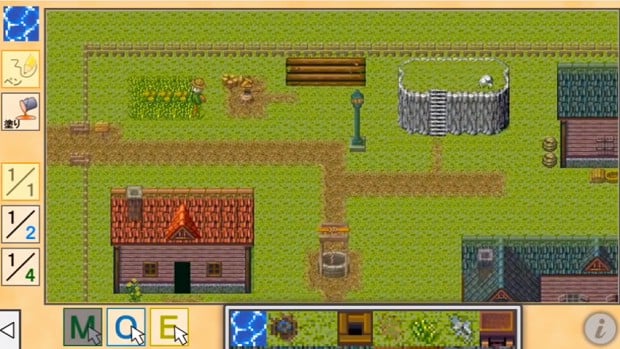 Like the popular RPG Maker, RPG Creator seems geared for making two-dimensional RPGs. It appears to have a lot of graphical assets in stock, but you can also import images from your iOS device’s Camera Roll. The app also has a cache of character and monster sprites, music and sound effects. The app’s latest update lets users export their creations and try the games that other users have made.

RPG Creator is a free iOS app (with an in-app purchase to unlock all its features), but it’s only in the Japanese iTunes Store and is of course in Japanese. Your best bet for now is to contact developer Ryohei Sato and let him know that you’re interested in his app.