Octobot: Just When You Thought It Was Safe to Go Back in the Water

The Octobot is a new robot designed to attack those who flee the land robots for the sea. Now there is nowhere to run. Nowhere to swim. Everywhere to scream in terror. 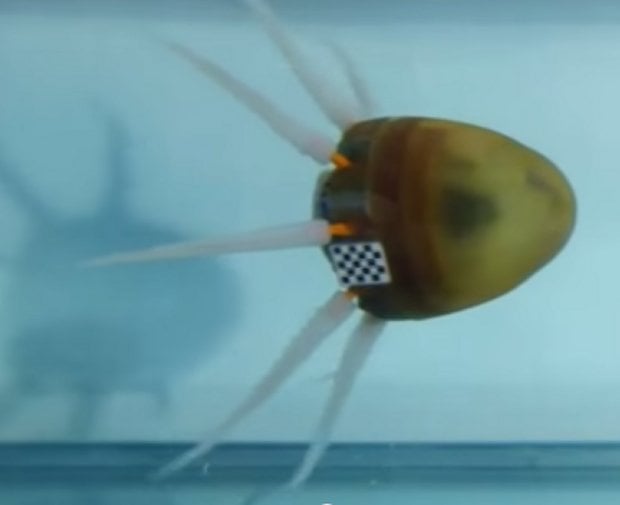 This aquatic robot was created by the Institute of Computer Science in Greece and is inspired by the common octopus. It uses eight arms to propel itself through the water. All the better to chase it’s non-robot prey, having killed all of the real Octopi.

It uses a squishy membrane that connects to the robo-tentacles to help it swim through the water at speeds up to seven inches a second.

[via Boing Boing via Laughing Squid]