You can put some strange toppings on your pizza like anchovies and even worse, green peppers. In South Korea, you can put any topping you want on the pizza, and get something weird put in the crust. Pizza Hut has launched a stuffed-crust pizza with a cream cheese and cranberries inside. 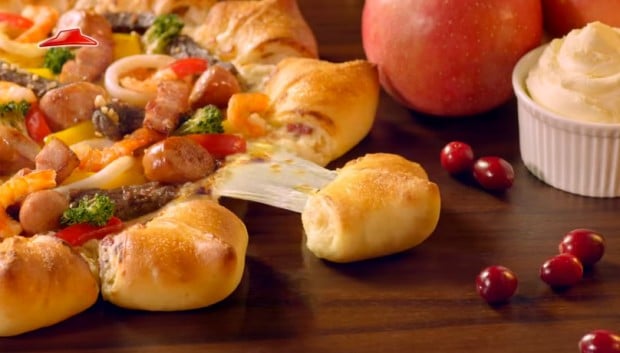 All I know about cranberries I learned when my grandmother tricked me into drinking real cranberry juice growing up, it was seriously bitter. The toppings on this South Korean Star Edge Pizza include bacon, beef, and sausage, which I can really get behind. After those three, things get strange. The pizza also has calamari, shrimp, and broccoli along with the cheese. In the crust, you can get the cream cheese and cranberries or cream cheese with cinnamon apple. It’s sort of like dinner and dessert in one.

If you happen to be in South Korea and eat one of these strange pizzas, let us know how it tastes in the comments below.