While the world awaits for the prophesied Oculus Rift to rise, we’re seeing more and more virtual reality headsets that use smartphones as their brain. However, most of these peripherals are content to provide you a case and a pair of lenses. But with Pinć (“pinch”), Cordon Media wants to give you an ecosystem – a new way to interact with your phone. 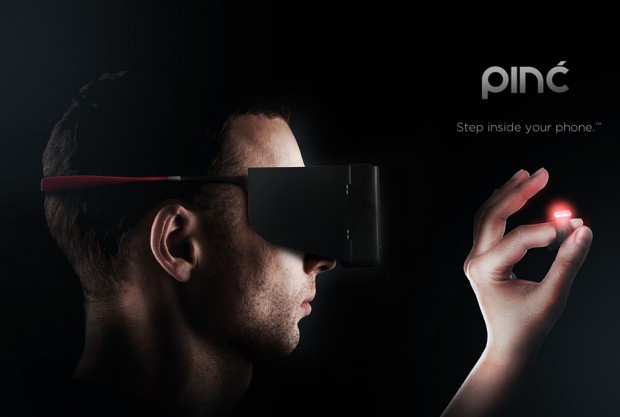 Aside from the headset itself, Pinć will come with two motion sensing rings and an app. When combined, all three will let you use your phone in a virtual environment, using head and hand gestures as inputs. The initial applications include a web browser, a YouTube viewer and a maps app. 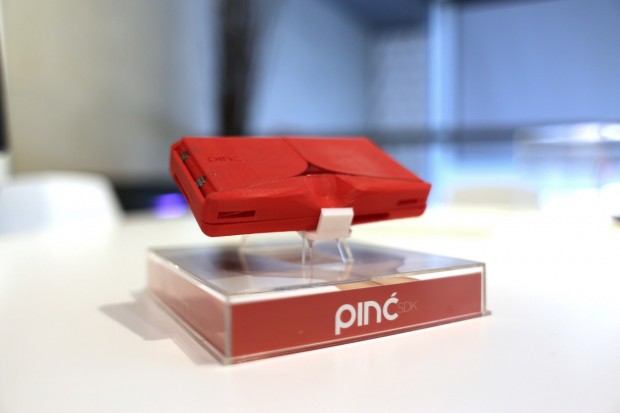 As for the headset itself, it’s compatible with the iPhone 6/6 Plus and other Android 4.1+ phones of similar size, such as the Galaxy S5/Note 3/Note 4 and the Nexus 5/6. It folds flat and can be used as a protective – albeit bulky – phone case. It will also have interchangeable lenses for different focus levels.

It certainly looks cool, but I can’t tell if it’s a better way of interacting with smartphones, or if it’s just a gimmick. Also, Cordon Media doesn’t mention if the headset works with other VR software outside of its ecosystem, though I wouldn’t be surprised if it does. Pledge at least $99 (USD) on Indiegogo to get a Pinć headset as a reward.