Graffiti has very much graduated from petty vandalism to art in many circles; there are now professional graffiti artists, because graffiti is cool. Graffiti is still not as cool as either Batman or pretty ladies in their underwear, so I’m going to view this as a very well calculated partnership on graffiti’s part. 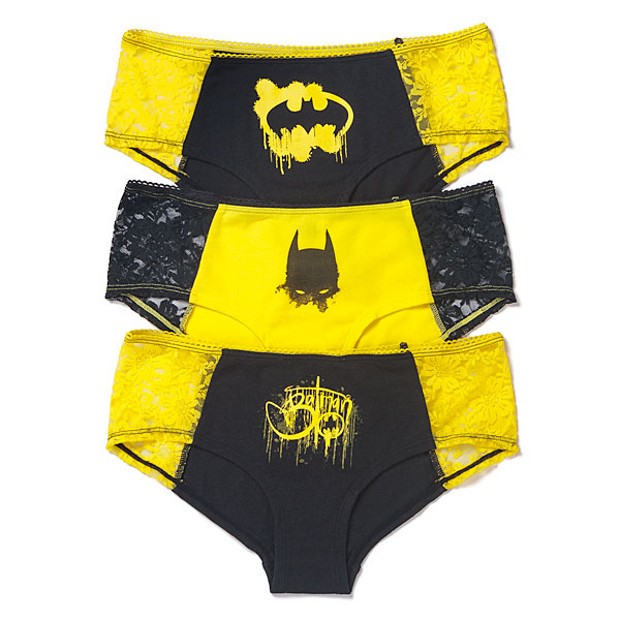 This three pack of black and yellow panties costs $24.99(USD) from ThinkGeek and features three different designs. All three are black and yellow with lace sides, but the logos change. One feature’s Batman’s logo, another says “Batman” and has a smaller logo beneath, and a third is Batman’s head. If Batman’s head is down there, does it count as cheating? Would anyone hold it against someone else if they cheated with Batman? I don’t think so.

Get them as a stocking stuffer for your favorite person. It works either way too, you can choose to give them or wear them, depending on your gender/what kind of kinks the two (or more) of you are in to.