Mario Gets AI So He Can Play His Way

The thought of a Mario with feelings and the ability to make his own decision in game is a bit strange, but that is exactly what a team of researchers claim they have been able to do. Researchers from the University of Tubingen in Germany have used Carnegie Mellon’s speech recognition toolkit to give Mario the ability to understand spoken commands, and created logic which helps Mario think for himself. 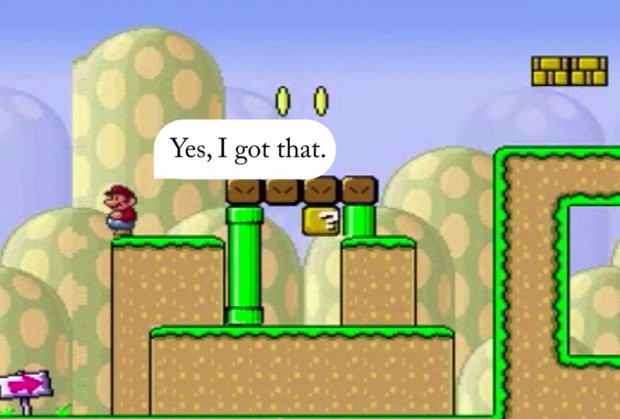 When Mario hears phrases from the toolkit language tree, he has a range of actions that he can take based on what he has already learned. For instance, Mario can learn that jumping on a goomba will kill it by being told that or by jumping on the goomba and making his own determination that the goomba is dead.

Mario will also explore his environment when curious and seek out coins when he is hungry. Mario can also plan in advance to complete a task. When told to get to a difficult location, Mario will determine how many jumps he needs how high he needs to jump, and the direction he needs to jump to reach the destination.