Nothing to See Here but Sigourney Weaver Using a Flamethrower

The Alien series is one of those sci-fi/horror franchises that everyone knows is very creepy. The films introduced Sigourney Weaver as a badass and she got to fight those evil Xenomorphs with all sorts of weapons. 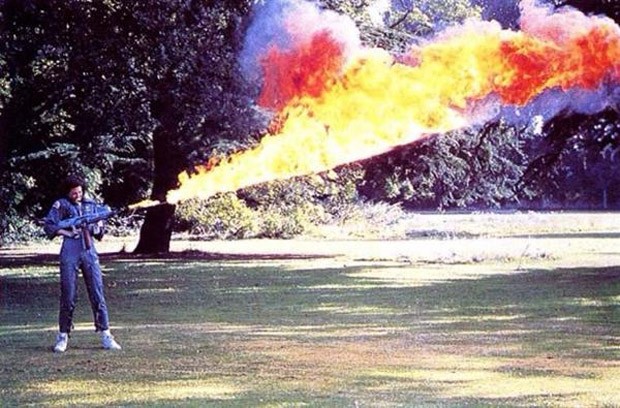 In some of the most memorable scenes of the film, that weapon was a flamethrower. I always rather assumed that the scenes with flames shooting out of the weapon were staged somehow, but apparently, it was a real flamethrower.

It was real enough that Weaver had to test fire it on the back lot of the studio before filming. This image has hit the web showing her testing out her weapon on the backlot of Shepperton Studios ahead of filming. She would laser use the same flamethrower to roast alien eggs.