RoboChop Cuts Foam Blocks at the Whim of Website Visitors

Something cool is coming to CeBit in Germany this March, and it is called RoboChop. It’s not a half human, half robot cutting machine, it’s a robotic cutting arm. It’s designed to cut 20″ polystyrene blocks into shapes that people from the internet command it to cut. 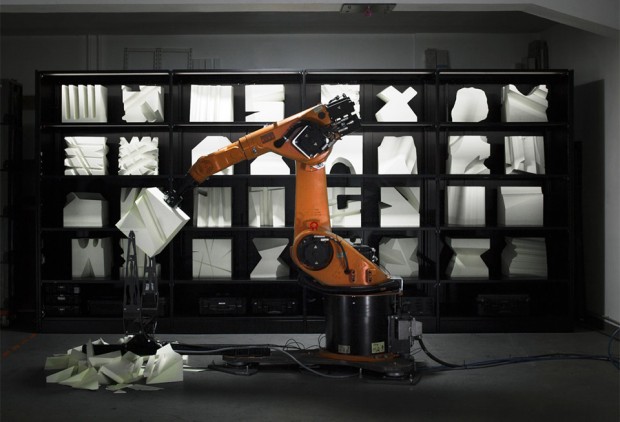 Internet users can tell one of four RoboChop robotic arms what to cut out using a web app. Once the arm cuts out whatever they tell it to, their foam creation is boxed up and shipped out. I can only assume without some safeguards, the CeBit 2015 floor will be flooded with yellow foam penises.

The four arms will have 2,000 foam blocks to cut through during the course of the show, which runs from March 16-20, 2015. I’d wager the blocks will go quickly so if you want to make your own yellow foam wang, you’d better get in early.