Be louder on the outside with Massive Audio’s officially licensed Doctor Who portable Bluetooth speakers. There’s the TARDIS, the Assault Dalek and the cleverest Dalek ever, Dalek Sec. The TARDIS is about 9″ tall while the loony aliens are about 8″ tall. 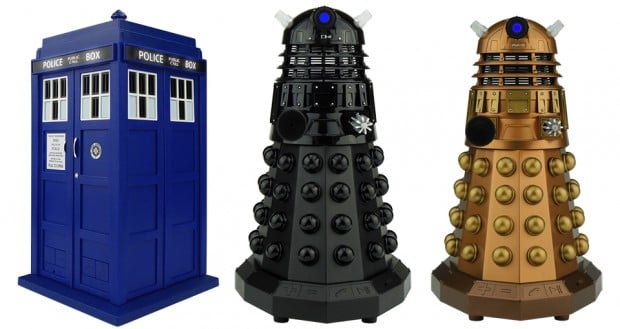 Each speaker appears to be identical on the inside. Each has a 2″ driver, a 2.5″ passive bass radiator and 3.5mm auxiliary in/out ports, allowing you to string multiple units together. They also have a built-in microphone so you can take calls if they’re paired with your phone. Their built-in battery lasts up to 10 hours per charge. 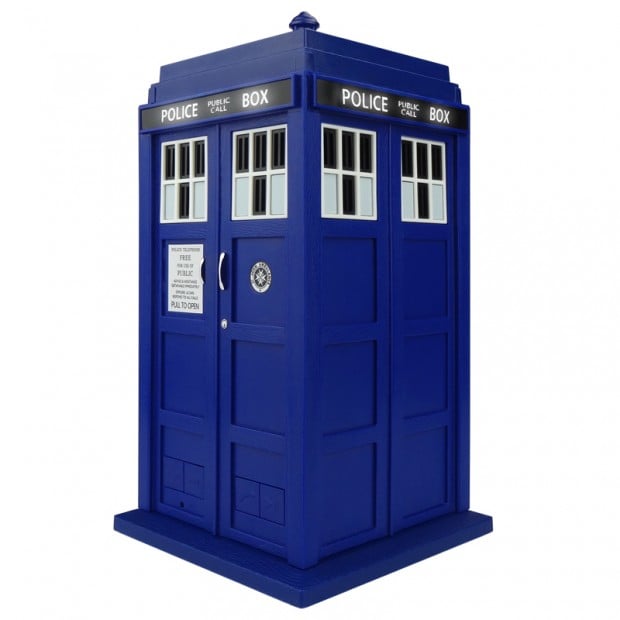 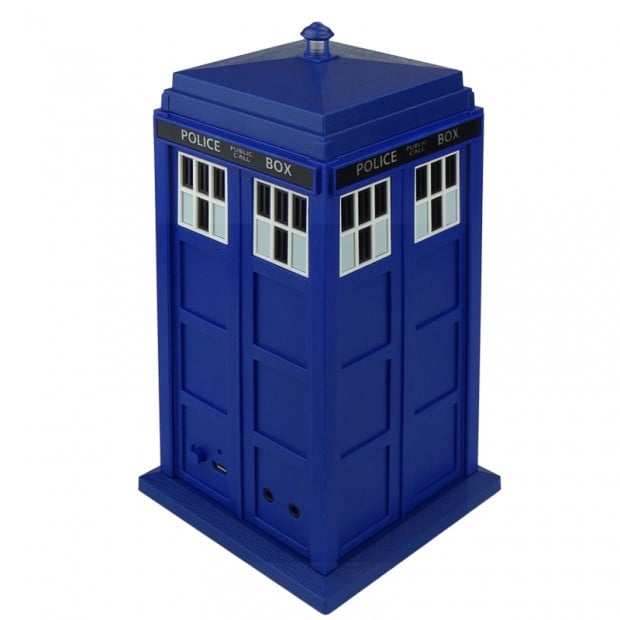 Aside from their cases, the speakers also come with a few light and sound effects. Both Daleks appear to have the same set of sound effects. 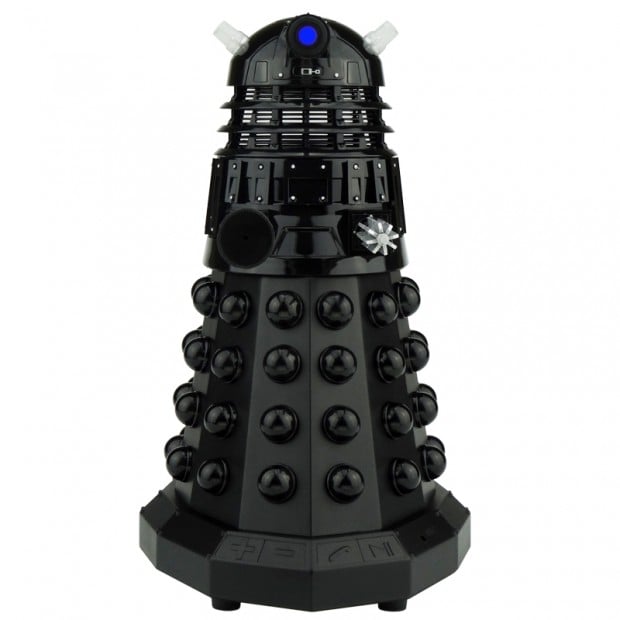 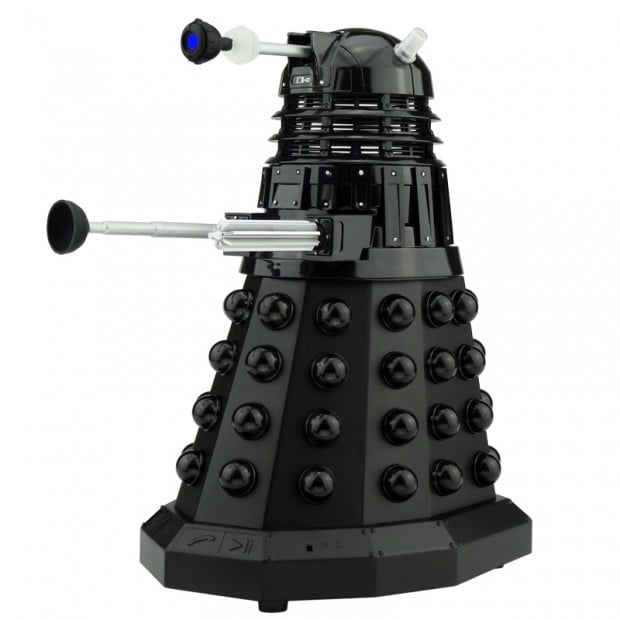 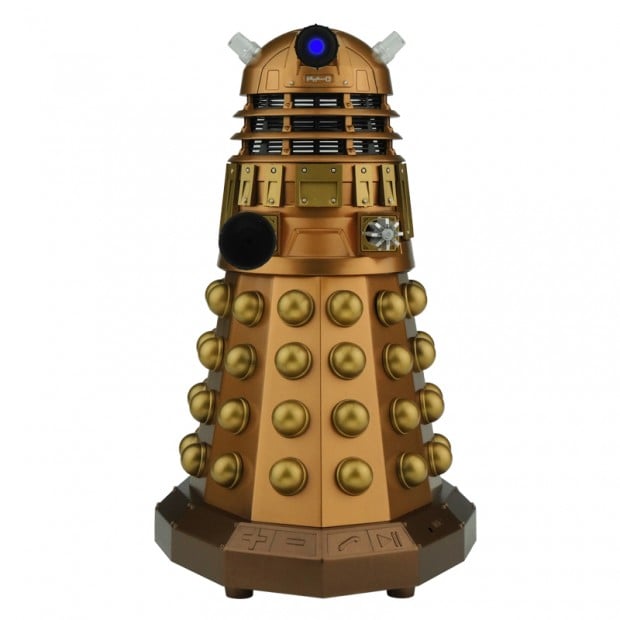 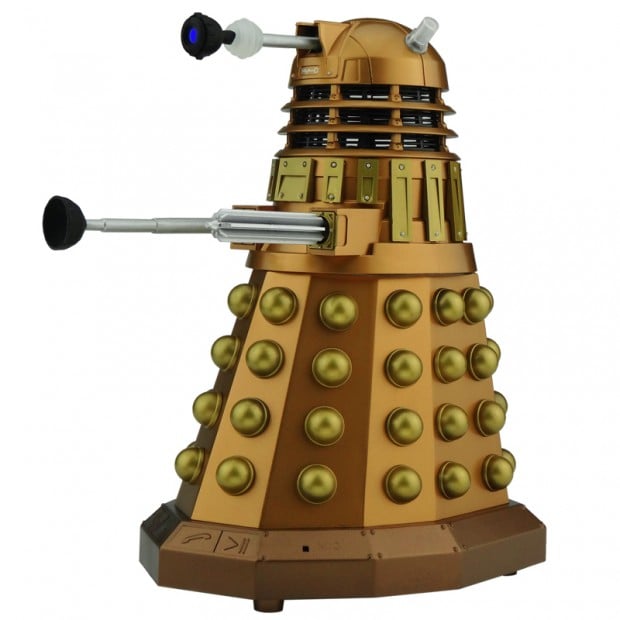