There’s no official story on how Boba Fett escaped from the sarlacc near Jabba’s Palace. For one of its contests, TechLug asked members to explain the bounty hunter’s miraculous escape using LEGO. Daniel Stoeffler responded with this large and detailed diorama, which he calls the Sarlacc’s Nectar, or the Dark Side of the Sarlacc. 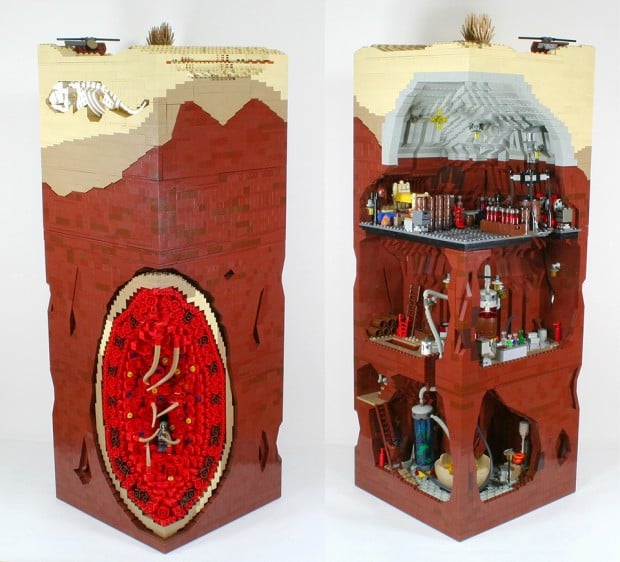 Daniel explained his take on Boba’s escape in Eurobricks. It starts at the bottom, with Boba lying inside the sarlacc’s stomach. In Daniel’s tale, the sarlacc was injured by a piece of metal buried in the sand, causing a man-sized wound in one of its stomachs. Boba fell in that stomach and into the wound… 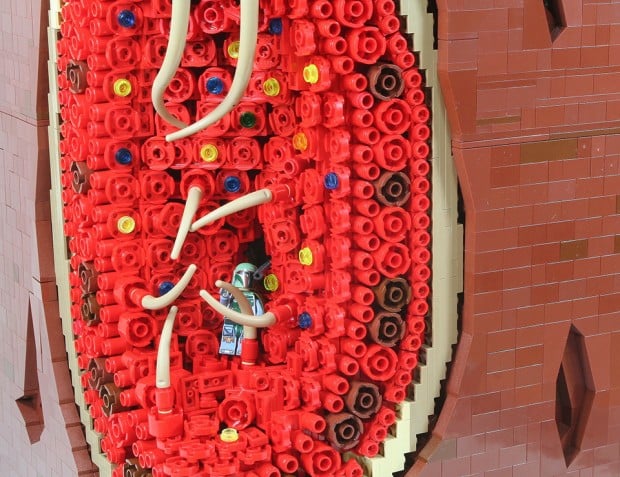 …which, as it turns out, is connected to a Jawa distillery! A clan of Jawas have been secretly collecting the sarlacc’s digestive juice for generations. They turned the sarlacc’s stomach acid into an ingredient to make a drink known as Jawa juice or Nectar of the Sarlacc. Gross, but apparently, the beverage is a hit all over the galaxy. Now back to Boba. He fell into the vat where the clan collected the digestive juice. 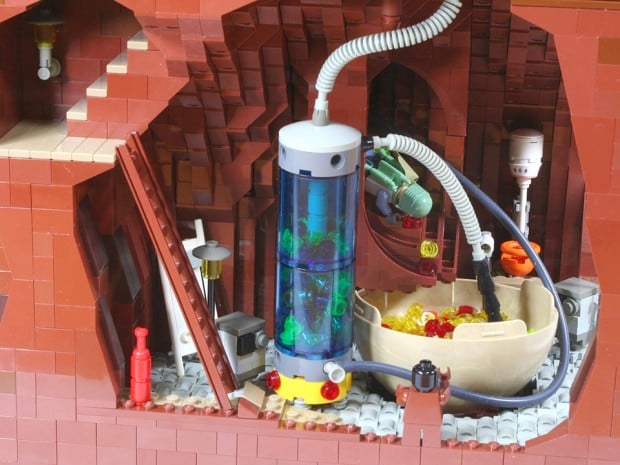 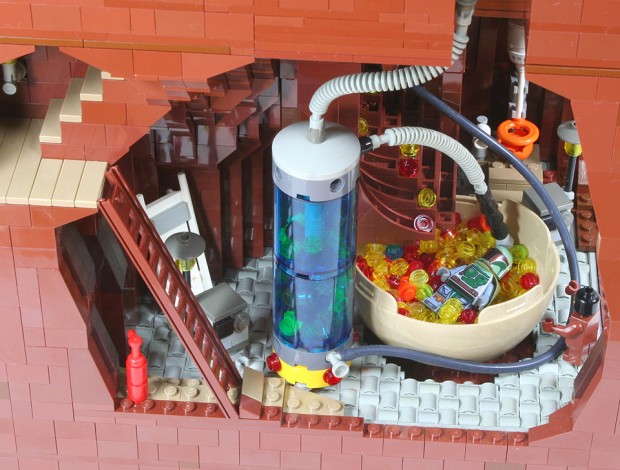 The startled Jawa fished Boba out of their vat and nursed him back to health. 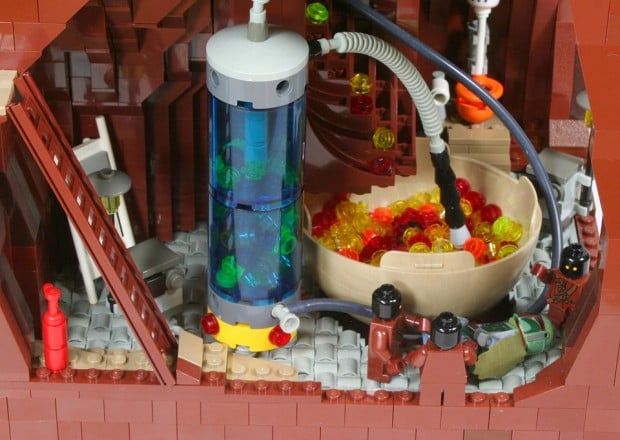 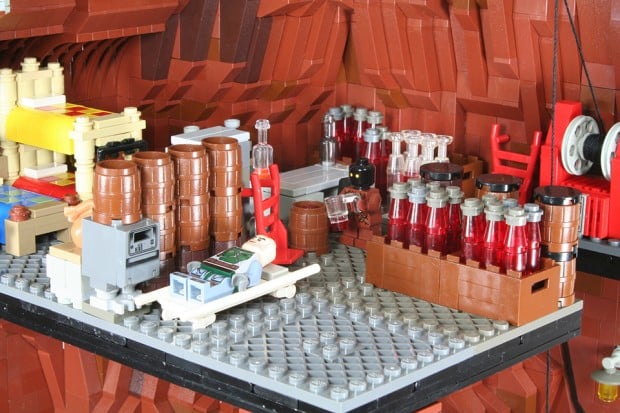 Eventually Boba recovered and even helped out in the distillery.

Recognizing Boba Fett’s armor, the clan’s leader thought it would be nice to have the famous bounty hunter owe them a huge favor. When he was fully recovered, Boba was allowed to use the Jawa’s secret exit, on the condition that he keep the distillery to himself. 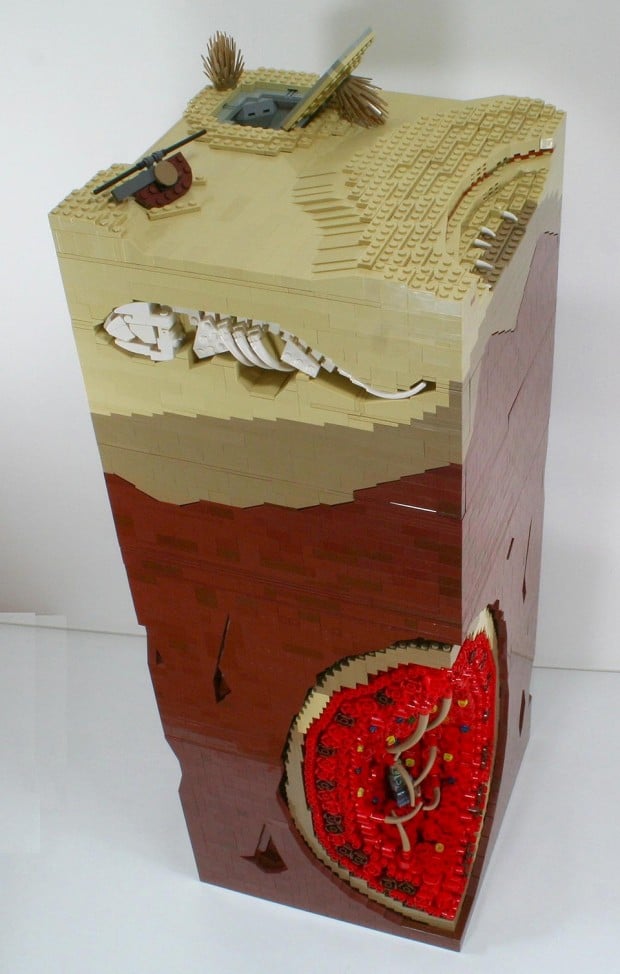