Apple today unleashed its new 2015 MacBook. The tiny, thin notebook weighs just 2.0 pounds, and is just 13.1mm thick at its thickest point – 24% thinner than the MacBook Air. Its enclosure is built entirely from metal. 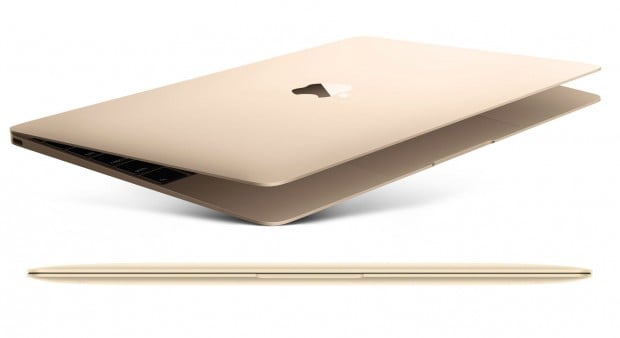 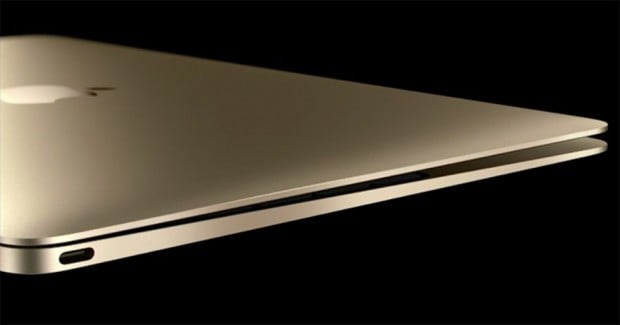 One highlight of the new system is a new keyboard, which not only reaches edge to edge across the body of the MacBook, its thinner and offers a more accurate and stable typing experience. Each key also has its own LED backlighting. 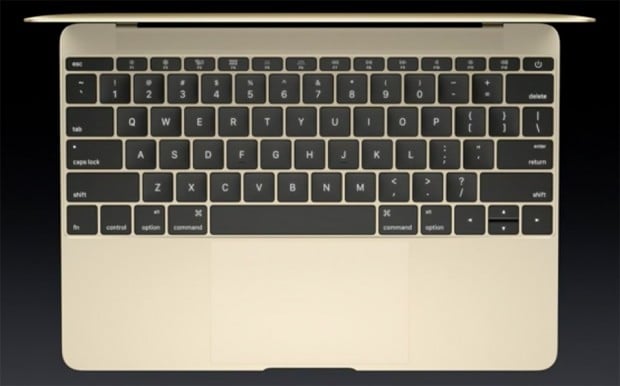 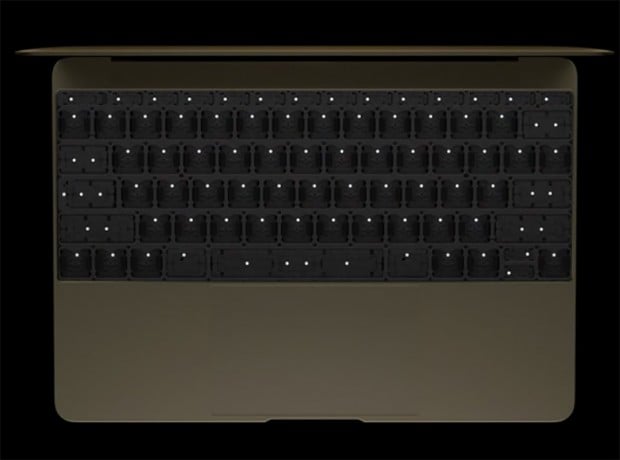 Its 12″ 2304×1440 resolution display isn’t nearly as densely packed as the 3200×1800 panel in the latest Dell XPS 13, but it’s likely to consume less battery. In fact, Apple claims its new backlighting system will reduce power consumption by up to 30% over the prior generation.

A new trackpad offers haptic feedback, and is pressure sensitive, and can be used to provide variable input for drawing and painting applications. It also allows you to do a new gesture called a “Force Click” which works much like the right click on a mouse button – offering contextual feedback. 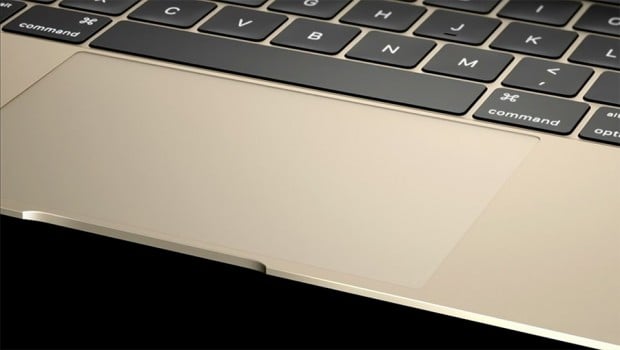 To cut down on size and noise, the new MacBook has no fans, in part thanks to a tiny logic board, and an Intel Core M CPU – available in 1.1, 1.2 or 1.3 GHz versions with up to a 2.9 GHz turbo mode. Clearly, the MacBook isn’t targeted at users looking for the fastest notebook – rather they’re going for the lightest and most stylish design instead. The tiny logic board means that Apple can cram in more battery packs, have been custom sculpted to take up just about every nook and cranny inside. As such, battery life is rated between 9 and 10 hours. 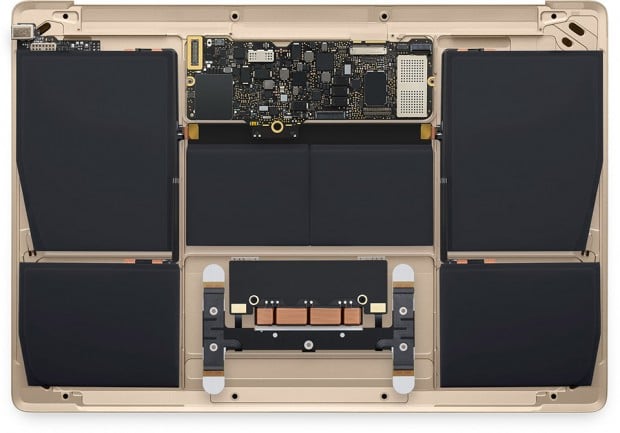 Perhaps the most significant change is a move to a nearly wireless design, relying on Bluetooth 4.0, and 802.11ac Wi-Fi for most connectivity. The machine does away with with all ports but a single power port that runs on USB-C, which combines USB, DisplayPort, Power, HDMI and VGA capabilities in a single connector. Of course, the elimination of those ports means you’ll probably have to invest in a bunch of new accessories of you want to connect external devices. 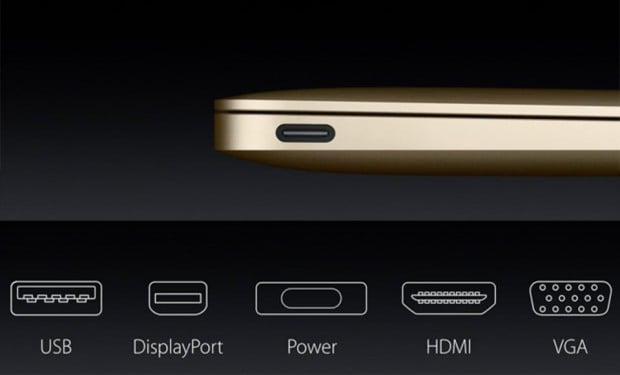 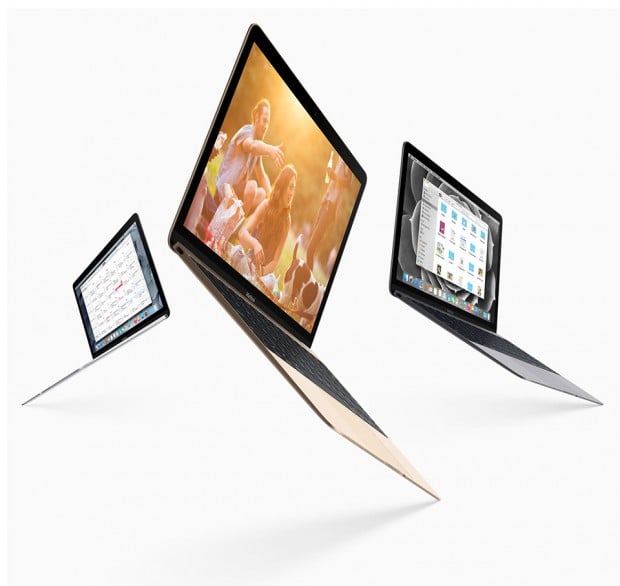