While the rest of the world is voicing their want, disgust or lack of an opinion on the Apple Watch, a nerdy watch made by one man has become so popular he quickly sold out of his initial stock and had to outsource the assembly of the succeeding batches. It doesn’t run apps or have fancy wrist tapping tech, but it may end up shocking you. Literally. 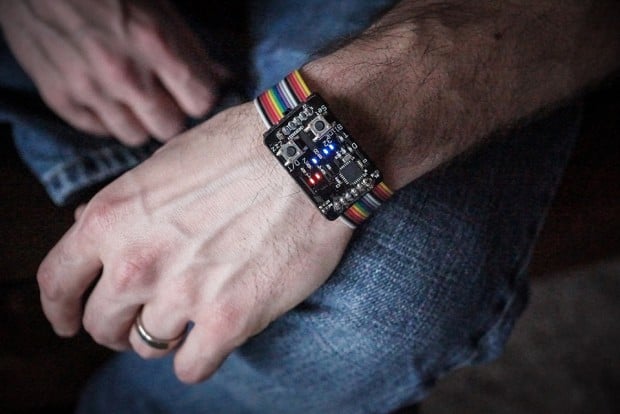 The simply named Binary Watch is the work of Texas-based engineer Jordan aka njneer. It has two rows of LEDs that display either the hour and minute or the month and day. The two buttons at the bottom let you toggle between the two modes. 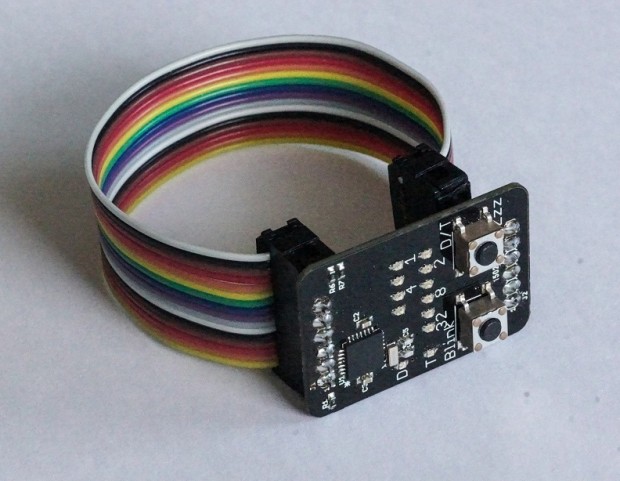 As a nice touch, it comes with a 9″ multicolored or gray ribbon cable as its strap. You have to trim it to your desired length before attaching it to the clock’s headers. Speaking of which, you can use the top header to interface with the watch’s microcontroller and reprogram it. 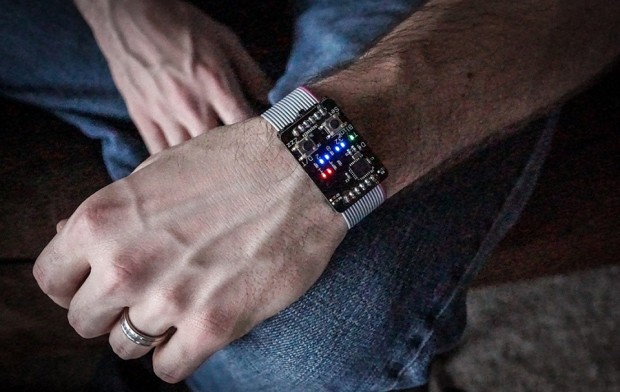 If you can’t figure out how a binary clock works, check out this online version. If you still can’t figure out how it works, you’d best get something else. This is a watch made to flaunt one’s knowledge of electronics, practicality be damned. Its case-less construction means there’s an increased risk of it getting wrecked or shocking you if you’re not careful. 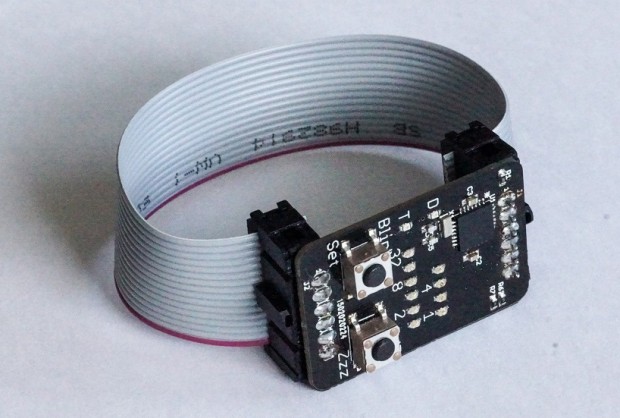 You can pre-order the Binary Watch from Jordan’s website for $45 (USD). Jordan also uploaded his code and schematics on GitHub for those who want to build the watch on their own.