Klingon Baseball Cap: Take Me out to the QujmeH moQ Quj

Worf was always one of my favorite characters on Star Trek: TNG. I liked his wrinkly head and he was always ready to put a smack down when needed. I always thought Worf was pretty lucky that Starfleet uniforms didn’t have hats – there’s no way that massive forehead would fit under a hat. It might fit if the hat was of Spaceballs’ Dark Helmet proportions, but I don’t think there would be honor in a hat that large. 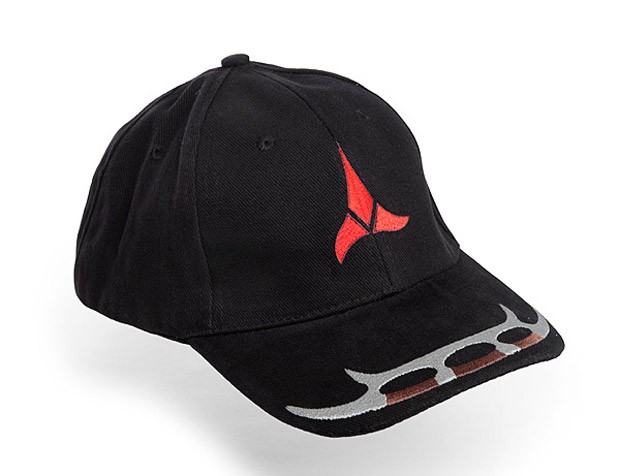 If you like the Klingon honor system and want a hat to hold all your honor, this is it. The black baseball cap is embroidered with a red Klingon symbol. The bill of the hat has the sweet double-handed sword thingy, known in geek circles as a bat’leth. 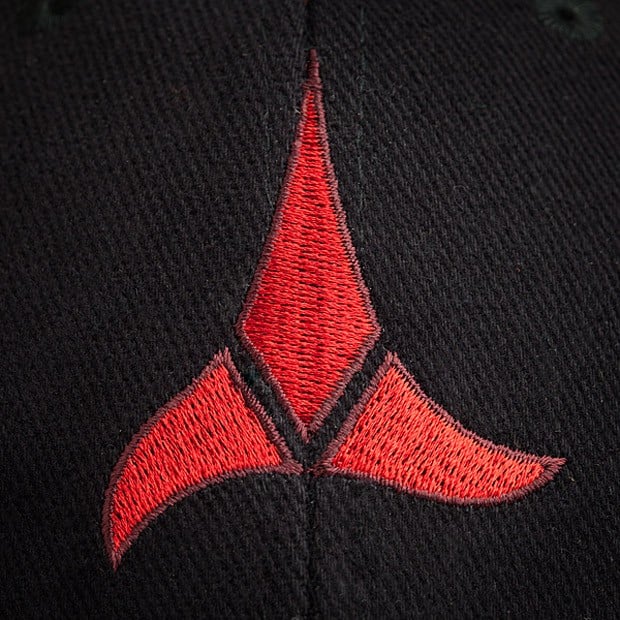