Nintendo has released some odd and obscure accessories in the past – like the Game Boy Camera and Game Boy Printer, two accessories for Nintendo’s original 8-bit handheld. Now a Russian artist has hacked together a Game Boy-photo-gun-printer by mashing them all together. It is genius. 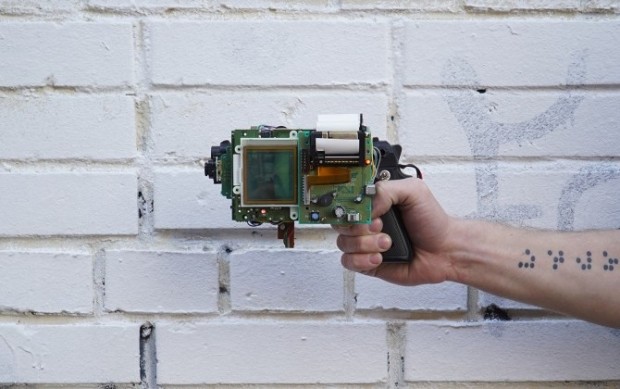 Dmitry Morozov created the “gbg-8” using Game Boy parts, including the screen, an Arduino, a camera lens, optical relays, batteries, and a thermal printer. It is all built onto a toy gun. The trigger is the shutter button. You can literally “point and shoot,” capturing the image, which is then displayed on the Game Boy screen. And the printer then prints an 8-bit picture on a piece of paper.

It’s like Polaroid and Nintendo collaborated on a fun gaming peripheral. This piece of art is awesome and imaginative. It is hard to believe no one has ever done it before.

[via Geek via SlashGear]