You probably know the name Yamaha. Among its many products, the company is known for producing motorcycles and musical instruments. It’s an odd combination that works well, but occasionally they like to experiment and one such experiment is called AH A MAY. That’s Yamaha spelled backwards. 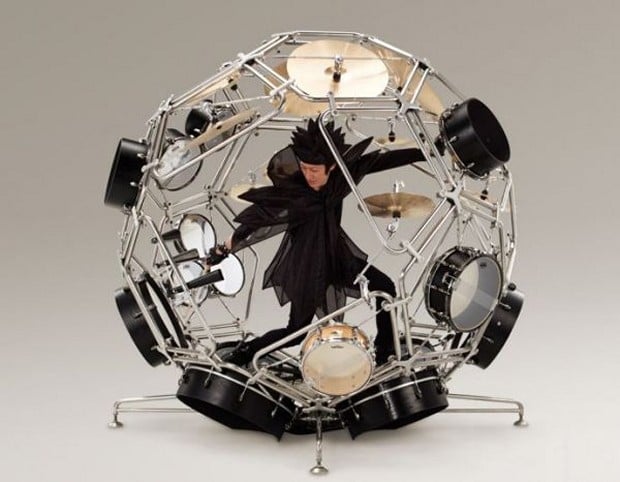 One of the musical instruments that came out of this idea is the Raijin, which means “God of Thunder.” This drum kit surrounds the drummer’s body, so he or she can use their whole body to make music. It’s a truly unique drum kit, that requires the drummer to play drums 360º around their body.

I guess this is one way to become one with your instrument.

[via Core77 via Neatorama]