Dagobah Shower Curtain: Bathe, You Must

I try to not go into the bathroom my son uses unless I have too. He’s a slob and yes, I know he gets it from me. He has some sort of problem with using the exhaust fan so each time he showers, so condensation drips from everything. I expect that part of the house to rot apart at any moment. 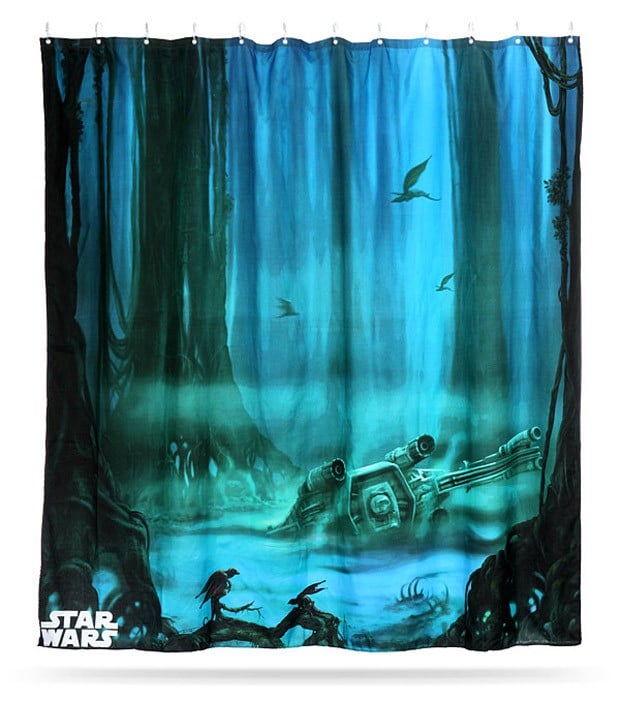 I often think the damp, humid, stench of sweaty teen is probably a lot what Dagobah smells like, only Yoda’s home world probably has less dirty underwear on the ground. This Star Wars Dagobah shower curtain is perfect for that bathroom. 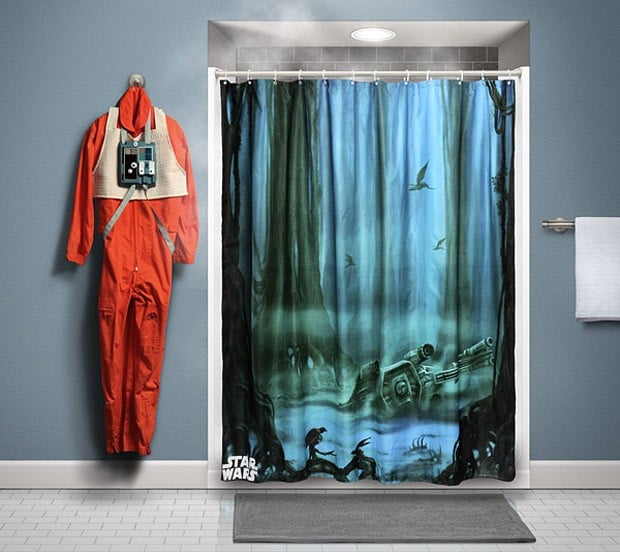 I has a picture of the swamp with an X-Wing fighter sitting there waiting for Yoda to retrieve it with the Force. It includes twelve clear shower rings and is 72″ x 72″. You can get one of these shower curtains for $24.99(USD) at ThinkGeek now.